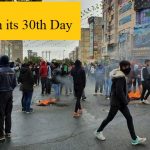 Written by Mohsen Aboutalebi on December 14, 2019. Posted in NEWS 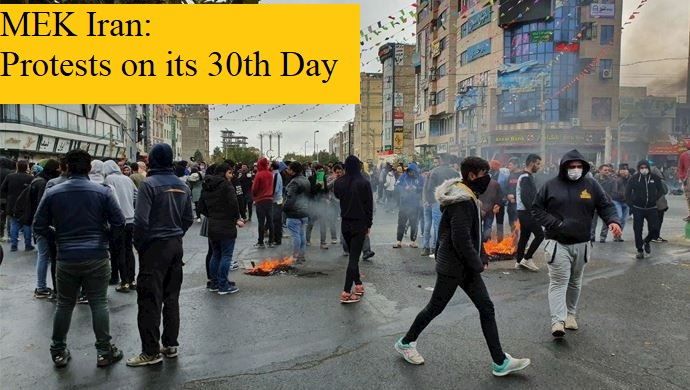 Saturday marks day 30 of the Iranian uprising, which began on November 15 over a rise in gas prices and quickly turned into demands for regime change.

The Mojahedin-e Khalq (MEK Iran/PMOI), which is the main opposition group, has so far announced the names of 476 of the over 1000 murdered protesters, while also publishing the photos of 169 victims.

Mujahedin-e-Khalq (#MEK), is continuing to compile the names of those who have been confirmed dead in the ongoing uprising that has swept across #Iran since mid-Novemberhttps://t.co/EJ3fS8nbPy#IranProtests #StopIranBloodshed @USAdarFarsi pic.twitter.com/1wXVDIJqBf

This comes as Ali Shamkhani, Secretary of the Iranian regime’s Supreme National Security Council, admitted to the brutal massacre of protesters, saying that 85% of those who died were not even protesting. Not surprising considering the regime’s forces were just firing indiscriminately into crowds of more than 10 people and that the agents of the regime were reportedly given gold coins to thank them for the massacre of the people.

There were 4,000 protesters injured and over 12,000 arrested during the uprising, according to the MEK Iran.

The MEK Iran protesters in 192 cities have not stopped demanding an end to the dictatorship of Supreme Leader Ali Khamenei and President Hassan Rouhani, the overthrow of the regime’s factions, and the corrupt repressive forces, including the Revolutionary Guards (IRGC), despite the real suppression by the regime.

MEK Iran members posted pictures and banners carrying messages of MEK Iran leaders Massoud Rajavi and Maryam Rajavi up across Tehran, including Hakim Expressway as well as Fatemi, Taleqani, Hafez and Jomhour streets, and Narges Park, even though the security forces were on full alert. The Resistance carried out a similar campaign in Ahvaz, Kashan, Mashhad, and Kermanshah.

MEK Iran leader Maryam Rajavi has urged the international community to intervene to end the Iranian regime’s crimes against humanity.

Some individual politicians did come forward to support the Iranian people’s protests and the MEK Iran, but not enough.

Ted Deutch, Chairman of the House Foreign Affairs Subcommittee on the Middle East, North Africa, and International Terrorism said that the United States Congress stands with the Iranian people, shortly after the House of Representatives passed a resolution to support the protests and condemn the regime.

While James Bezan, Canadian Member of Parliament for Selkirk-Interlake-Eastman, tweeted that the government had to do more to condemn the human rights violations in Iran and support the Iranian people in their pursuit of “freedom, democracy, and human rights” than a “pitiful five-sentence press release”.

MEK Iran leader Rajavi wrote on Twitter: “The whole issue is that the Velayat-e Faqih regime is on its last leg. Therefore, supporting the arisen people, the rebellious youths and resistance units is a patriotic duty.”