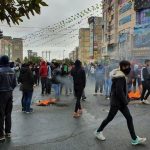 Written by Mohsen Aboutalebi on December 13, 2019. Posted in NEWS 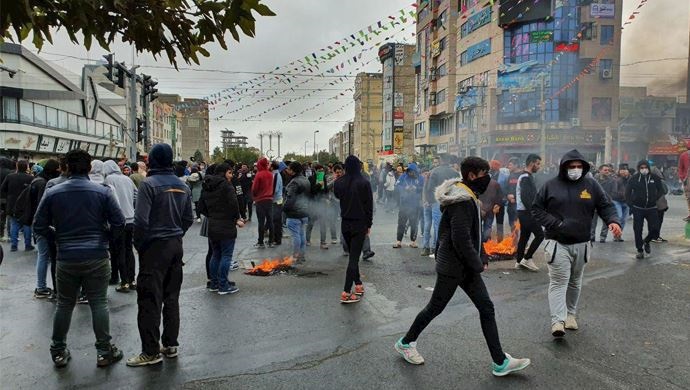 On day 28 of the Iran protests, the Iranian opposition Mujahedin-e Khalq (MEK Iran/PMOI) has released more information on the brutal crackdown by the regime.

They noted that hospitals in Kermanshah alone registered 320 protesters who were killed by regime forces, which is the biggest single group of deaths so far. This is not surprising considering that this province saw some of the most intense protests and ruthless crackdown imposed by the mullahs’ oppressive forces.

The MEK Iran also noted that the Revolutionary Guards (IRGC) moved the bodies of over 100 protesters murdered in Tehran Province to an unknown location.

There are over 1,000 protesters killed by the regime so far, but, due to the secrecy of the regime, the MEK Iran has only been able to identify 432 Iranians killed during the November uprising that has spread to at least 190 cities.

Reports by the #MEK’s network inside #Iran indicate demonstrations have taken place in more than 191 cities. More than 12,000 #protesters have been arrested during the #IranProtests #FreeAllProtesters #StopIranBloodshed pic.twitter.com/ghW3Twtxqq

These protests took the regime by surprise and shook the mullahs to their very core.

The National Council of Resistance of Iran (NCRI) President Maryam Rajavi used International Human Rights Day to urge the international community to speak out about the regime’s human rights violations, especially during the brutal crackdown.

She said: “On the [Universal Declaration of Human Rights] anniversary according to which ‘human beings shall enjoy freedom of speech and belief and freedom from fear and want,’ I echo the cries of over 1,000 slain protesters and ask why is the world silent and apathetic towards the crimes of Iran mullahs?”

In a conference held in the Italian Parliament on Tuesday, where participants expressed their support for the Iranian people’s uprising to overthrow the regime, Rajavi sent a message to emphasize how the November uprising proved that “the people of Iran are prepared and yearning to do away with the mullahs’ religious fascist rule”.

Kelly Craft, US Ambassador to the United Nations, said Tuesday that Iranian security forces killed hundreds of protesters, tortured dissidents, and imprisoned innocent civilians during these protests, before noting that in Syria, where the mullahs are propping up the Assad regime, the Syrian people are facing horrific conditions.

Brian Hook, the US Special Representative on Iran, said that the world should stand with the Iranian people and not partake in hardliners versus reformists discussions.