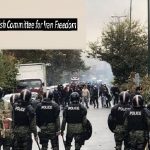 Written by Mohsen Aboutalebi on November 29, 2019. Posted in NEWS 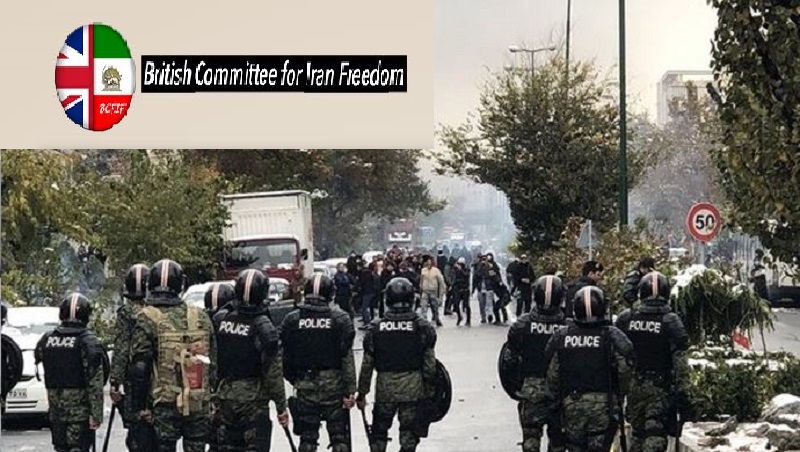 The British Committee for Iran Freedom (BCFIF) strongly condemned the Iranian regime on Tuesday for its brutal crackdown on the uprising sweeping Iran.

Professor Lord Alton of Liverpool wrote a statement on behalf of the group, where he said that the BCFIF also criticized the regime for its near-total internet shutdown that cut the Iranian people off from the outside world for over a week, allowing the regime’s security forces to crush the peaceful protests.

“Despite the attempted censorship, credible reports mention anti-regime demonstrations in at least 165 cities across the country during a week of protests and place the number of protesters killed by security organs to over 400 while over 10,000 have been arrested and 4000 wounded in 173 cities. In an alarming move, the protesters are now threatened with execution by hanging by the state media, senior regime officials and Judiciary.”

The BCFIF sent its condolences to those now mourning loved ones and praised the Iranian people who are coming out to demand their rights in spite of the crackdown, stressing that many in the international community stand in solidarity with those fighting for their freedom.

Alton then spoke about comments from senior regime officials, including the Supreme Leader, acknowledging the role of Iran’s main opposition group, the People’s Mojahedin Organisation of Iran (PMOI/MEK), have played in organizing these protests.

“Today, the regime in Iran is using the country’s entire resources, power and privileges to attack the defenseless citizens who take part in the popular protests and violently suppress their legitimate demands for change. The international community must not be silent and paralyzed in the face of the widespread and state-sanctioned crackdown.”

The group called on the British Government to condemn the regime’s crackdown, stand with the Iranian people and end the impunity enjoyed by the regime.

“In the immediate, UK must work with allies in the international community to pressure the Iranian regime to restore full access to the internet and to take collective actions to help the Iranian people counter the internet shutdown.”

They also supported the call by President-elect of the National Council of Resistance of Iran (NCRI),  Maryam Rajavi, for the United Nations to “immediately dispatch investigative missions to Iran” and to convene “an emergency meeting of the UN Security Council to discuss the crackdown in Iran and appropriate measures to hold those officials responsible to account”.