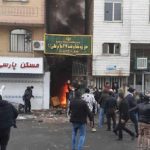 Iran: Protests Continue as Iranians Take to the Streets in Major Uprising

Written by Mohsen Aboutalebi on November 19, 2019. Posted in NEWS 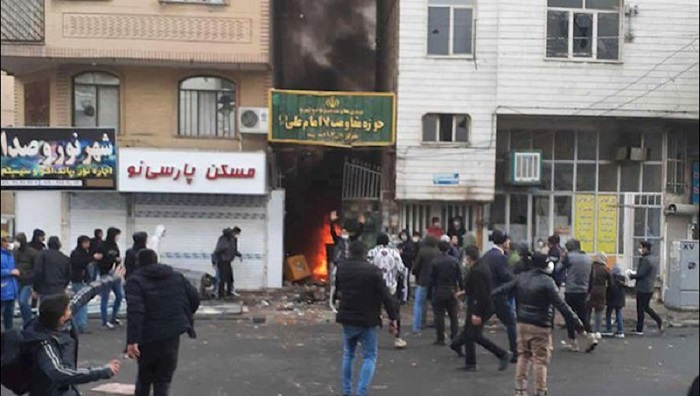 Setting fire to the base of Basij, Paramilitary force affiliated terrorist IRGC, by Iranian youth during the Iran protests. November 2019- file photo

In recent days, Iranians from across the country took to the streets to protest against the corrupt and brutal regime ruling their country. The protests were sparked by the news that fuel prices would be drastically increased, meaning that even more people will be pushed further into poverty.

The protests have been taking place in more than one hundred cities across the country, in almost every single province. The regime has tried to downplay the urgency of the situation, but it has finally had to admit that it is facing a major crisis.

Shiraz, south-central #Iran
Locals are in control of the city's roads.#IranProtestspic.twitter.com/7GEEf28COf

The young people of Iran have been heavily active in the current protests and demonstrations, and the repressive security forces and anti-riot police have been unable to contain them, despite enormous amounts of brutality.

The principal opposition to the Iranian regime, the Mujahedin-e Khalq (PMOI/MEK), has been reporting extensively about the situation in Iran. It has indicated that students from the University of Tehran in the country’s capital have been protesting. In videos circulating on social media, the students could be heard chanting “Don’t be afraid, we are all together” and “imprisoned students must be freed”. The notoriously brutal Bassij force started to attack the students, but they were faced with much resistance.

Suppressive forces in the city of Karaj has been trying to control the protesters and take control of certain areas. Public areas such as squares have been shut but the people are not letting themselves be forced away.

As well as suppressive forces and anti-riot police, the people have also been faced with plainclothed and armed officers. Many shots have been fired by the regime’s henchmen and reports indicate that more than two hundred people have been killed, with the number rising sharply as time goes on.

Mrs. Maryam Rajavi, the President-elect of the National Council of Resistance of Iran (NCRI) has been bringing attention to the current events in Iran, calling on the UN Secretary-General to urgently meet with the UN Security Council. Mrs. Rajavi has described the regime’s actions as crimes against humanity.

The international community has also been commenting on the situation, with Germany describing the situation as concerning and France reminding the regime to respect the rights of the people in terms of freedom of expression and their right to peacefully protest.

The United States has also commented on the uprising in Iran. US Secretary of State Mike Pompeo took to social media to remind the people of Iran that the United States stands behind them.

The international community is reacting to the anti-regime protests that have continued unabated in #Iran since Friday.#IranProtests #MEK #FreeIran pic.twitter.com/wSwp3Sdxjk

The regime is in a desperate situation and it knew that this moment was going to come sooner or later. It has had no choice but to acknowledge the power and determination of the people and has described the situation in the country as simmering with discontent.

The people have endured years of repression and suppression and they are going to be the force behind regime change. They have come close on a number of occasions over the years but have lacked support from the international community. There is much hope that the Resistance will make great progress with the current uprising.