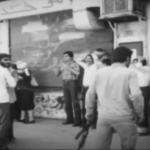 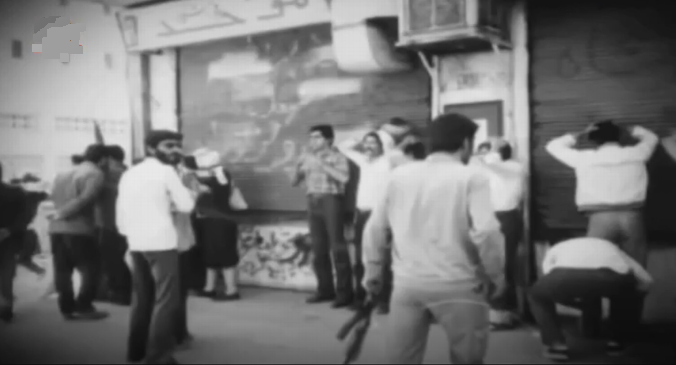 MEK members and supporters arrested violently by IRGC and Basiji thugs during a widespread demonstration in major cities on September 27, 1981.

The Iranian Regime is at the center of recent tensions in the Middle East, following its attack on Saudi oil facilities and recent anti-regime demonstrations by its own citizens.

Similar to the anti-regime protests in September 27, 1981, where defiant youths torched large posters of regime founder and then-Supreme Leader Ayatollah Khomeini, this round of protests over the period September 22-29 featured protesters setting fire to images of current Supreme Leader Ali Khamenei, as well as a number of Revolutionary Guard and Bassij bases in different cities across Iran.

Last week, yet more anti-regime activists plastered signs across Iran, bearing the slogans ‘Down with Khamenei’, ‘Long live freedom and Democracy’ and ‘Freedom with Maryam Rajavi‘, in reference to the leader of the People’s Mujahedin of Iran (PMOI/MEK), an organization trying to overthrow the mullahs. These people are protesting in spite of Iran’s brutal suppression of dissent and freedom of speech; they have been driven to the edge.

The 1981 demonstrations, also led by MEK members, featured crowds of young people in central Tehran chanting “Death to Khomeini” for the first time since the mullahs stole power from the people in the 1979 revolution to overthrow the Shah, who is also despised by most Iranians.

Today marks a turning point in Iran's history. 37 yrs ago (20 June 1981) Khomeini began a Reign of Terror by ordering his forces to open fire on MEK's 500000-strong peaceful protest & purge all dissent. 120000 executions to date. Each day has been a Resistance since #FreeIran2018 pic.twitter.com/5jsNFtpGOH

Khomeini’s Islamic Revolutionary Guard Corps (IRGC) opened fire on the crowd and killed hundreds, before arresting many more. The detainees were executed later that day, without a fair trial.

The Iranian Revolution began in 1978, when at least five protestors, but more likely 70, were killed by security forces in the city of Qom. The ruling Shah then used increasing violence against the Iranian people, which resulted in the ‘Black Friday’ killing of 100 protestors by security officials on September 8, 1978. At this point, many leaders of the MEK were also executed.

Since that time, Iran’s relationship with the West has been a strained one and right now, tensions are probably the highest they’ve even been after Iran was accused by the US, France, the UK, and Germany of destroying two oil plants in Saudi Arabia

At the same time, Saudi Arabia’s minister of state for foreign affairs said that all options, including a military response, are on the table.