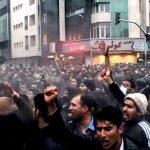 Assembly of Experts Member: The People Dislike Us 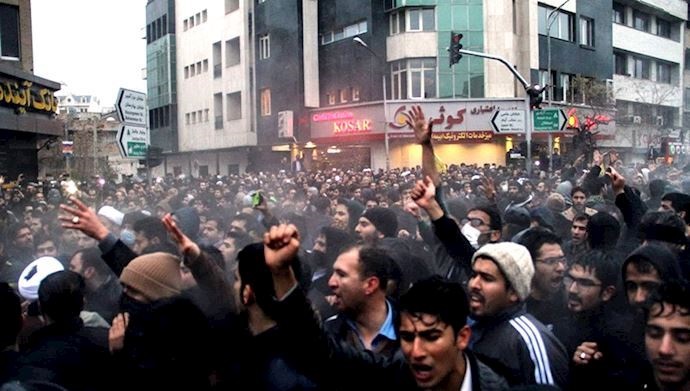 Scenes of the Iranian people protesting the mullahs’ rule

Herisi, who also serves as the Friday prayers imam in Tabriz, Azerbaijan Province, added, “We talk the talk of Takfir, considering one side the servants of the regime and the other traitors.”

Friday prayers imams are Supreme Leader Ali Khamenei’s mouthpieces in Iran’s cities and towns. The Assembly of Experts is tasked with choosing the Supreme Leader. It is worth noting that Herisi speaks for the mullahs when he says that the people don’t like them.

In reference to the regime’s founder and first Supreme Leader, Herisi said: “Khomeini was afraid of the people and the people’s discontent, and when the time comes that they will put us all aside. [Khomeini] said you should be afraid of the day when the people understand your nature,” he added.

“In some of the Quran’s verses, it says that the most unfortunate of people are those who do something wrong and think that they’ve done something right,” Herisi concluded. 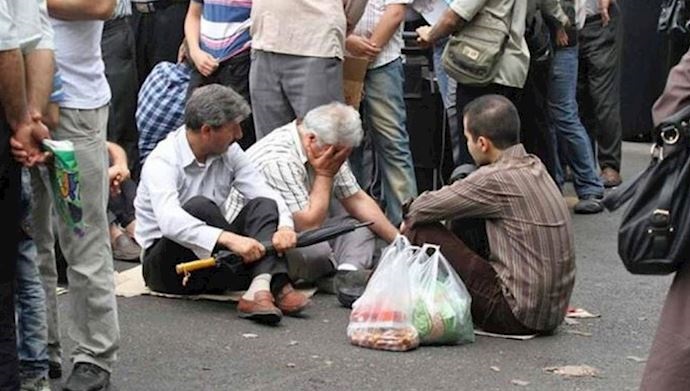 In a recent interview with the Revolutionary Guards (IRGC)–affiliated Fars news agency, former Majlis (parliament) member Emad Afroogh discussed the growing despair among the Iranian people over the unbearable economic conditions in the country. “According to a survey, 78 percent of the people believe their most dire problems are economic,” he said.

“Today, the people, when they compare their living conditions with that of officials, they come to the conclusion that nobody is caring for them and they are sort of abandoned,” Emad Afroogh he continued. “People face increasing prices every day and authorities try to pacify them with empty promises.”

Economic conditions have grown so dire that many Iranians have resorted to digging through public garbage cans for food, according to previous MEK reports. Protests by defrauded investors, unpaid workers and pensioners, and workers demanding better pay and benefits are a daily occurrence in cities across Iran. The MEK has been active in helping to organize and spread information about protests and demonstrations, which has led to desperate attempts by the regime to stifle dissent and eliminate the MEK and the Iranian Resistance.

What has happened in #Iran since December 28, was beyond protest demonstrations incited by economic problems. But it was an uprising and a nationwide movement against the regime in its entirety.#Iranprotests pic.twitter.com/8e5uZWnPkn

The summer break ends in a few weeks, and many Iranian parents worry that they will be unable to afford basic school supplies for their children. Stationery prices alone have risen by over 40 percent in just the past year, and families are struggling to make ends meet without added expenses.

To add insult to injury, notebooks are now printed with regime propaganda to reinforce the misinformation which has been sprinkled throughout students’ textbooks since the dawn of the mullahs’ rule.

Of course, people dislike the mullahs. Unfortunately, the regime is unwilling to change its ways. The Iranian people are responsible for changing the regime and this change will be achieved by the main Iranian opposition movement, PMOI/MEK.