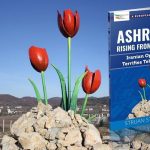 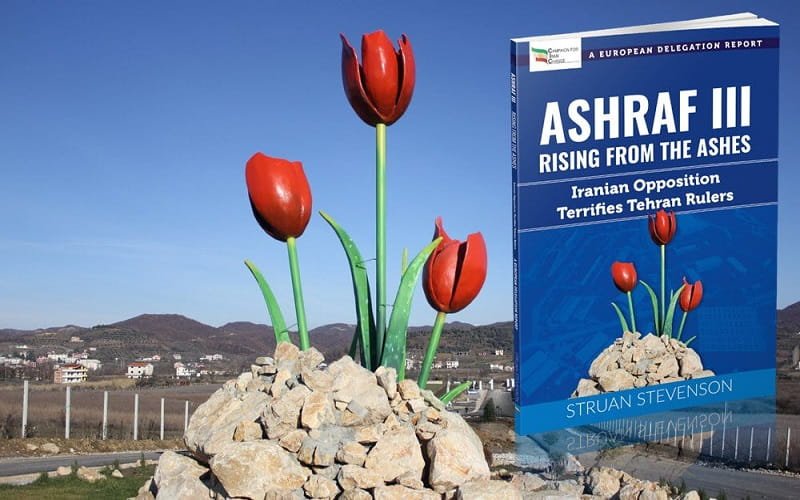 Ashraf III, the main place of residence of MEK members in Albania. The book “Ashraf III – Rising From The Ashes” debunks Iranian regime’s attempts to demonize the People’s Mujahedin Organisation of Iran (MEK)

Struan Stevenson’s new book, ‘Ashraf III— Rising from the Ashes’ charts the regime’s attempts to demonize the People’s Mujahedin Organisation of Iran (MEK). Speaking at a press conference, the former Scottish Member of the European Parliament (MEP) told reporters, “they [the regime] are providing some of the most ludicrous lies and slanders to the press.”

He called out the Guardian and the Independent, two British newspapers, for publishing these lies and falsehoods, and called a recent hit piece in Germany’s Der Spiegel magazine “astonishing”. “Der Spiegel last December, admitted that one of their most famous sub-editors and journalists, Claas Relotius, had been writing fake stories made up of absolute fiction.” Stevenson lamented that even though Relotius was fired, “suddenly we see Der Spiegel published a long, ludicrous article about Ashraf III… claiming that, amongst other things, that three times a week PMOI (MEK) are being trained how to cut throats, gouge out eyes with their fingers and tear people’s mouths open.”

Stevenson describes how Der Spiegel’s unsupported and blatantly false claims were made all the worse as the magazine had been invited to visit Ashraf III, but editors rejected the invitation. Any print journalist would know that to carry out due diligence as a reporter and publish a piece with journalistic integrity, Der Spiegel had the responsibility to accept the MEK’s invitation and send reporters to Ashraf III. If they had, they would have immediately seen the claims for the lies and propaganda that they are.

Stevenson visited Ashraf III in 2018 and knows first hand what goes on in the camp.

Reporting in This Way Glosses Over the Mullahs’ Atrocities

“This kind of horrible fake news and attempts to blacken and demonize the PMOI (MEK) simply plays into the hands of the mullahs,” Stevenson continued. “Not a mention in that article about the human rights atrocities that go on, on a daily basis, not a mention of the 30,000 political prisoners summarily executed in 1988,” he added.

When it publishes hit pieces against the pro-democratic opposition, the international media ignores these atrocities and becomes little more than a mouthpiece for the Iranian regime, attacking the opposition and glossing over the regime’s own violent deeds.

A Muted Response from European Governments and Institutions

Stevenson doesn’t lay the blame squarely at the foot of the media, although it has a lot to answer for. His book is also heavily critical of Europe’s institutions. He criticizes Federica Mogherini, the EU’s High Representative for Foreign Affairs, for what he calls, “her continued attempts to appease the mullahs” and ignore their blatant human rights abuses in Iran.

For Stevenson, her inaction has been inexcusable. “They [the mullahs] have used their own so-called diplomats in Europe to perpetrate acts of terrors, trying to commit atrocities on European soil!” he exclaimed.

#Breaking Watch Live:"State of Affairs in Iran in 2019 after a year of popular protests" ASHRAF III, RISING From th… https://t.co/yJ2ds51EpG

“A Pivotal Moment in World History”

Europe’s inaction is particularly damning because Stevenson asserts, we are at a pivotal moment in the history of the Iranian regime. “We are witnessing the final collapse of the theocratic dictatorship in Iran,” he said, “I think it is a pivotal moment in world history.”

Stevenson asserts that Europe and international governments are faced with a choice; they can choose to back the violent dictatorship in their repression and human rights violations, or they can back the Iranian people in their fight for freedom and democracy.

Stevenson was clear about which side he would back. He concluded, “I know which side I am on, thank you very much.”