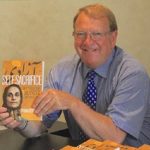 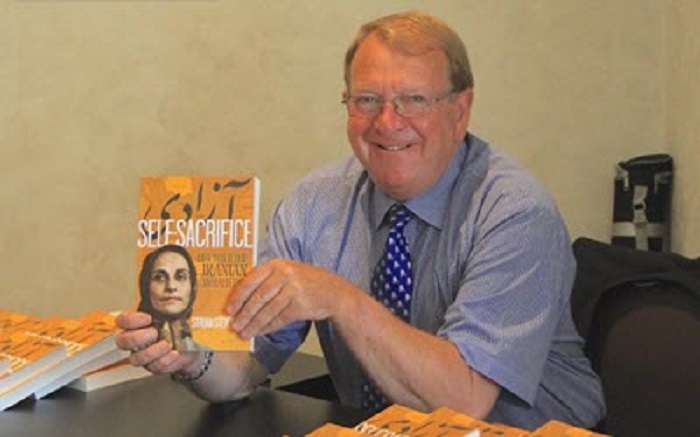 Struan Stevenson, Former MEP and the Coordinator of Campaign for Iran Change, holds his book on his experience with MEK.

On Tuesday, February 26, 2019, Struan Stevenson, a former member of the European Parliament (MEP) and frequent Iran commentator wrote his latest piece for UPI. His op-ed called on women in the West to lend their support to Iranian women in their fight to break free from the repressive policies of the Iranian regime.

My new article in @UPI on repression of #women in #Iran under the mullahs
Good news: The opposition is headed by a charismatic female leader @Maryam_Rajavi
"Western women must show solidarity with repressed '#Iranian sisters"#MEK #humanrightshttps://t.co/FOZLmgUNxt

Stevenson calls Iranian women, “among the most repressed in the world, ruled by a regime dominated by elderly, bearded misogynists.”

For this reason, Iranian women have played a central role in the Iranian opposition movement. They have been central figures in the protest movement that has swept across all 31 of Iran’s provinces. “Female teachers, medical staff, students, factory workers, and pensioners have taken to the streets to demand an end to corruption, and an end to discrimination and repression and an end to the clerical regime’s aggressive military adventurism across the Missile East,” Stevenson writes.

Leading Figures in the Calls for Regime Change

The largest voices in the calls for Iranian regime change come from the most influential and popular opposition group, the People’s Mujahedin Organisation of Iran (MEK). Within the MEK, many of the senior leadership is made up of women. Its leader, the president-elect Maryam Rajavi, is also female and is held in high esteem by political figures from around the world.

Women, in particular, have been mobilized by the regime’s repressive policies and discriminatory practices towards women. Stevenson describes some of these laws, “in Iran, women are considered the property of their closest male relative and have no legal rights. Girls of 9 can be married off by their parents.”

In the Iranian legal system, evidence provided by a woman is worth half that provided by a man. As a result, women cannot charge a man with rape unless they have four credible witnesses, a near impossibly high standard.

A Violent and Aggressive Brand of Fundamentalism

Prior to the 1979 revolution that brought the mullahs and their regime to power, Khomeini criticized the Shah’s permissive attitude towards women voting. He cited an extremist interpretation of Islamic teaching and called gender equality a “defiance of some of the explicit commandments of the Qoran.”

Following the revolution, as expected, Khomeini retracted many women’s rights. The regime prevents females riding bicycles, forces them to wear the hijab, and scrutinized the way they dress.

Under the clerical regime, gender violence has drastically increased. Stevenson says, “girls who were deemed to be improperly dressed in the street have suffered horrific acid attacks and stabbings, in assaults openly condoned by the mullahs.” Even something as innocuous as dancing or singing on social media can be enough to get a girl flogged or fined.

Women Around the World Should Stand with Iran’s Women

In a public statement, the former first lady of Algeria, Anissa Boumediene pledged her support to Maryam Rajavi and the MEK. The statement read, “yes, we stand with you Maryam, as we stand with all our Iranian sisters in your fierce fight seeking to free Iranian women from what enchains and imprisons them.”

@STRUANSTEVENSON :"My new article in @UPI on repression of #women in #Iran under the mullahs.Good news: The opposition is headed by a charismatic female leader @Maryam_Rajavi."Western women must show solidarity with repressed '#Iranian sisters"#MEK #HumanRights " @GlobalCRL

Stevenson concludes, “her words should resonate in the West, where female politicians and activists must show solidarity with their oppressed and brutalized Iranian sisters.” They can do this by pledging support to Maryam Rajavi and the MEK, who are fighting tirelessly for freedom, gender equality, and democratic secularism for Iran to give the nation’s daughters a brighter future.