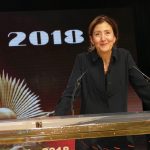 Ingrid Betancourt to MEK Members: “We are going to win this” 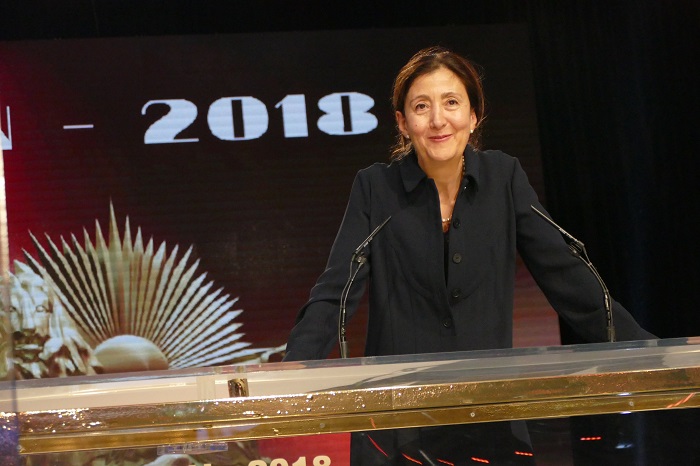 Ingrid Betancourt, the Colombian-French politician, and the former presidential candidate in Colombia speaks at the International Conference of the Iranian Communities, held in Ashraf 3, MEK’s residence in Albania- December 2018

Colombian-French politician, Ingrid Betancourt and the former Colombian presidential candidate, addressed members of the People’s Mujahedin Organisation of Iran (MEK) and their allies in Albania, emphasizing that “Time has changed. You [the MEK] are the hope, Maryam [Rajavi] is the leader and we are with you and we are going to win this” referring to MEK’s struggle to free Iran.

The International Conference of Iranian Communities
Ingrid Betancourt, Former presidential candidate in #Columbia, speaking from #Albania – Time has changed. You are the hope. Maryam Rajavi is the leader and we have to win.#IranRegimeChange#FreeIran #Iran#HumanRights pic.twitter.com/1rP4TRKT83

Betancourt expressed her gratitude towards the Albanian government and delight at what she said was a “very special moment” for her.

“Many years ago we were fighting for your lives when you were in Camp Liberty and we were feeling the despair and the rage of being caught in that horrible situation where we were surrounded by lies and… the only thing we could do was [cry] for help and [denounce] what was happening”, she said, adding, “to see you here in this land that has welcomed you with open arms… thank you, Albania. Thank you”.

She expressed her warmth towards the country. “I feel at home because I see that this is a country that has decided to take the good side of the choices of options in life”, she said.

“What Albania has done… has gained the respect of all the international community”, she proclaimed.

Ingrid Betancourt at The International Conference of Iranian Communities in #Albania:
I think that things are changing and I’m very hopeful and very positive. We have many of our friends in today’s administration in the US. People are seeing what’s happening in Iran. #Iran #MEK pic.twitter.com/ikVWWtnePa

The Phoenix Rising from the Ashes

Betancourt described how she had insisted that on this visit to Albania, she would not stay in a hotel, but she wanted to be with the MEK members at their Ashraf 3 compound outside Tirana.

She described how she had “been walking the streets of this new city”, adding, “I’m so proud to be here with you.”

Following the Iranian regime’s mortar attacks and liquidation of the Camps of Ashraf and Liberty in Iraq, in which many MEK members lost their lives or were badly wounded, the MEK fled to Albania.

Betancourt marveled, “You are like the phoenix that rises from the ashes and this Ashraf is telling me the power that is in you”.

“You have built a community of people”, she continued, “that are committed to fighting for a free Iran.” Betancourt expressed her delight at the “city” under construction at Ashraf 3, where MEK members and supporters from around the world are united in their passion and desire for a free Iran.

A Direct Threat to the Mullahs’ Future in Power

The resilience and determination on display across the MEK is a direct threat to the mullahs’ future in power in Iran.

“Can you imagine”, Betancourt asked, “what it is for the government of Iran, the regime of the mullahs, every day looking at the newspapers and finding out that there is a riot somewhere in some place in Iran?” “Every day you are reminding them that they have no right to be at the head of the state in Iran”, she added, “every day, you are reminding them that it’s going to come to an end”.

Without the MEK, the protest movement in Iran would not be possible. “It’s because you are here, organized, with the plan… with a strategy, with a leader like Maryam Rajavi”, that the people of Iran feel empowered to take to the streets. 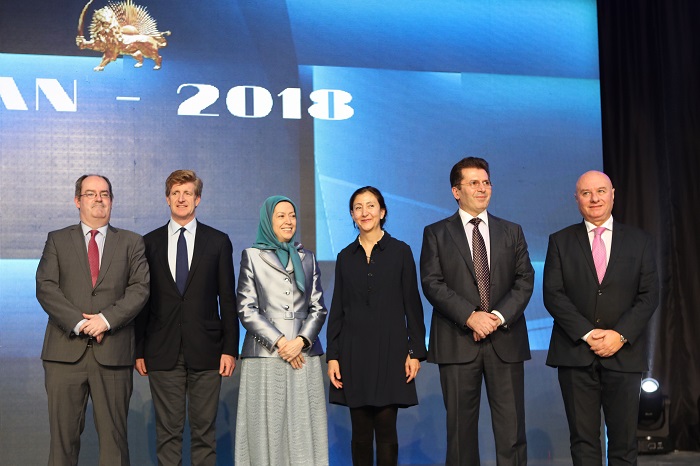 Maryam Rajavi, the Iranian opposition leader, takes a photo up with distinguished speakers at the International Conference against Iranian regime’s terrorism and violations of human rights, in Ashraf 3, Albania-December 15, 2018

Betancourt described how Maryam Rajavi disarms the regime’s terrorism and violence with love. “Love is the one that will bring Iran to freedom”, Betancourt asserted.

The Tables Have Turned

Betancourt described how just five years ago, the MEK was fighting to get its name removed from international terror lists in the West after Western government included the pro-democracy group on the lists to appease the mullahs.

“Now it is them who have to explain”, Betancourt clamored. After several foiled terror attacks in Europe, the French and Albanian governments have expelled diplomats. The French President Emmanuel Macron ordered for the freezing of assets owned by the Iranian Ministry of Intelligence (MOIS)

Betancourt continued, “now it’s them who fear”. “They are fearing that they will be brought to justice. And this is our commitment. We are going to make sure that we free Iran and that we bring them to international justice”.

Finally, Betancourt concluded, “We want them to be in jail for all the crimes they have committed”.