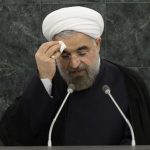 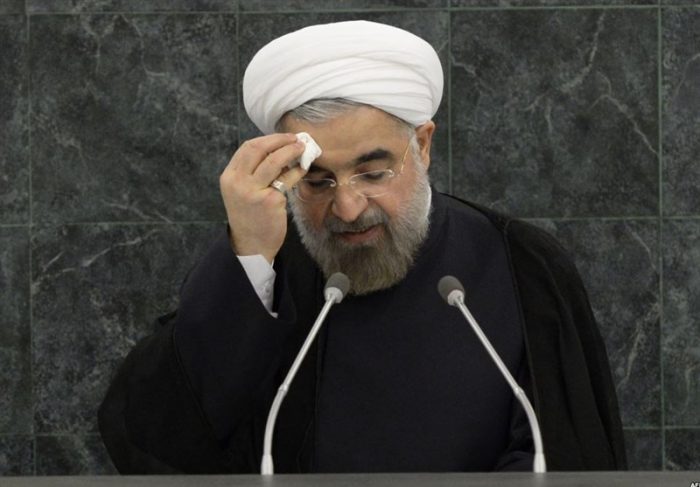 Archive-Rouhani was called to the regime’s parliament to answer questions about the dire economic condition, the plunge of Rial, etc. As Iran protests grow across the country, the infighting among regime rivals expands

There have been signs that the Iranian regime has been dealing with instability within the leadership for some time. The Minister for Labour and the Economic Minister were both removed from their positions in recent weeks, and Rouhani appeared before MPs on August 28th to explain the country’s woeful economic situation.

Rouhani answered five questions on the economy. Four of the responses were unsatisfactory. Among the 82 MPs that witnessed the session, approximately 75% felt that his answers to questions on unemployment and inflation were not acceptable.

An Economy in Crisis

In the last six months, the rial has plummeted in value against the dollar. Its value is around half of that at the beginning of 2018. Poverty is creeping up, with many Iranians struggling for economic survival.

One-third of the population now live below the international poverty line based on regime sources, with one in ten living in conditions that amount to “absolute poverty” (the reality is a lot worse). Mohsen Hashemi, Chairman of Tehran’s Council, puts the blame squarely at the regime’s doorstep. He said the mullah’s “quick and careless formation of policies” has destroyed the economy.

A Web of Deceit

During the hearing with MPs, Rouhani spouted fabricated figures and statistics as he attempted to put a positive spin on his government’s five-year tenure. Rather than acknowledge his government’s failings, he instead blamed the economic crisis on the perceptions of the Iranian people.

“All of a sudden, people’s perception of Iran’s future changed, and this is a major problem”, he said. “Banking irregularities and the economic boom and the currency prices are all important issues, but they all pale in relation to the issue of public trust and hope”, he added.

Rouhani pinpointed the uprisings in December and January, as the moment that the current economic crisis began. “Suddenly the circumstances in the country changed”, he said.

President Rouhani also blamed his counterpart in the United States, Donald Trump’s decision to withdraw from the JCPOA on the 2017/2018 uprisings. He said that the “domestic turbulence and international threats frightened the people”.

Playing Down Reports of Factional Infighting

Finally, Rouhani attempted to dispel rumors of infighting within the regime leadership. Previously he had criticised the Islamic Revolutionary Guard Corps (IRGC) of extensive smuggling, accusing the organization of smuggling billions of dollars across international borders. However, during questioning, Rouhani praised the IRGC for its role in preventing smuggling.

In refusing to give an accurate representation of his government’s role in creating the economic crisis and performing a U-turn on smuggling accusations within the IRGC, Rouhani demonstrated to the people of Iran that he has no interest in offering solutions to the country’s worsening economic situation. His answers demonstrate a leader burying his head in the sand to avoid the harsh realities of the situation, more concerned with smoothing over factionalism within his own government than improving the lives of the population.

The economic crisis ravaging the Iranian population looks set to worsen before it gets better. But one thing is certain: As seen in slogans of protesters in recent protests across Iran, shouting “Death to the Dictator” they well know that it is the entirety of the regime that is responsible for the corruption and mismanagement of the economy and that the only solution to the problem is regime change in Iran.