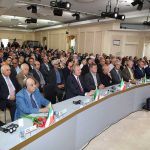 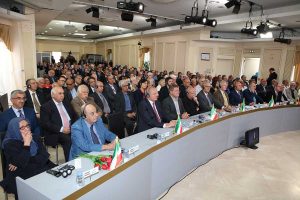 Former director of Research and Survey for the Ministry of Intelligence, Reza Malek, said that more than 33,000 prisoners were killed in a span of just three months. Some of whom were young girls and pregnant women.

In her article, Chastain calls it, “the biggest massacre of political prisoners since World War II”. Anyone with links to the Iranian opposition and groups like the People’s Mujahedin Organisation of Iran (MEK), was swiftly and mercilessly executed.

The bodies were disposed of in unmarked graves without the notification of the victim’s families.

Despite the heinousness of their crimes, nobody responsible for issuing or carrying out the fatwa has been brought to justice for their involvement in the executions. The families of the 30,000 victims have formed groups like the Justice for Victims of 1988 Massacre in Iran (JVNMI) to raise awareness and bring those accountable to justice.

The upper echelons of the Iranian regime are still occupied by many officials and leaders who were in positions of authority in 1988. The same people who ordered and carried out the executions of the 30,000 in 1988, still hold positions of power today. Rouhani himself, Iran’s current President, was Deputy of Iran’s Joint Chiefs of Staff in 1988. It is highly likely he was involved in the massacre and its cover-up.

An audio file of a conversation which took place between Khomeini’s former successor, Hossein-Ali-Montazeri and members of a “death commission” established to carry out the massacre was published in 2016. In the recording, Montazeri can be heard telling the commission, “in the future, your [names] will be etched in the annals of history as criminals.”

Among those he was addressing were Mostafa-Pour-Mohammadi, a representative of the Ministry of Intelligence and Security (MOIS) and the current Minister for Justice in Rouhani’s cabinet, and Hossein-Ali Nayeri, the current Head of the Supreme Disciplinary Court of Judges.

When Montazeri told the death commission to stop executing prisoners during the holy month of Moharram, one of the members of the commission replies with, “if we don’t deal with them now… this will create problems”.

After writing two letters to Khomeini in protest at his actions, Montazeri was removed of his position as Khomeini’s successor and lived out the rest of his days under house arrest.

Anti-MEK Sentiments are Still Rife Among the Regime Leadership

The mullahs continue to target the MEK through bloody campaigns of violence and repression. They still view the MEK as a threat to their rule and have pumped money into demonization campaigns across the globe.

At Khavaran Cemetery in Tehran many families of the victims of the 1988 massacre, who gather there to mourn their loved ones, have faced harassment and arrest. Some have even been executed for holding memorial services for the victims.

Montazeri predicted in 1988 that a campaign of violence and repression would be ineffective against a group like the MEK. He said, “the Mojahedin (MEK) aren’t just individuals. They represent an ideology and a school of thought… You can’t get rid of it through killings, in fact you will only propagate and spread it this way”.

His words echo across the two decades that have elapsed since he said them. Now, the MEK is as strong as ever, coordinating domestic protests across Iran and drawing support from international political figures across the globe.