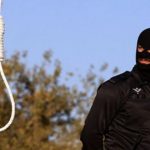 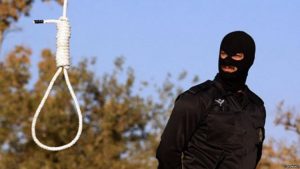 The Iranian regime unleashed a wave of violence against prisoners in Iran this week. The regime brutally executed 19 prisoners across the nation’s prisons, with eight of the 19 hung in a mass execution at Gohardasht Prison in Karaj province.

On April 17th, the wave of violence began with the execution of a prisoner in Tabriz. The next day, the hanging of the eight martyrs took place in Gohardasht Prison. On the same day, Bahman Varmazyar, a sports coach imprisoned in Hamadan, was executed by the regime. Five days later, on April 23rd, five prisoners from Urmia Prison were hanged, three from Kermanshah and one prisoner interned in Ilam were also sent to the gallows.

It was not just those that the regime executed that met their end this week. Mohsen Parvas took his own life on the 21st of April. He committed suicide in protest at the appalling conditions and overwhelming pressures on him in prison. Another 31-year-old, Nasir Zoraghi, died following restrictions on his access to medical assistance. He collapsed following a stroke in Zahedan Central Prison.

Many of those executed had endured show trials and arbitrary suspension of their human rights. They were prisoners like Ramin Hossein Panahi, a Kurdish political prisoner who had his death sentence upheld this week by the Iranian Supreme Court. His trial lasted less than an hour.

His lawyer described his illegal treatment at the hands of the Iranian authorities. There was no evidence pointing to Panahi’s charge of “taking up arms against the state”. He was unarmed when he was arrested by the Islamic Revolutionary Guards Corps (IRGC).

While in prison, Panahi has been subject to torture, apparent from the marks and bruises on his skin. He was also only permitted to speak to his legal counsel on one occasion. On that occasion, the meeting took place under the watch of Iranian security agents.

These show trials and brutal executions are a violation of international law. It represents the Iranian regime attempting to maintain its weakening grip on power through the brutal administration of violent reprisals towards its critics.

The rise in executions is a desperate attempt to intimidate the public, who are taking to the streets to express their discontent, given the growing protests in objection to the reign of terror and corruption and the growing poverty.

The authorities wave of executions is unacceptable. It is time to put an end to these arbitrary executions, show trails, torturous interrogations, and illegal imprisonments. The Iranian people must mobilize and throw off the shackles of the regime.