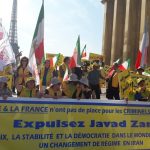 MEK-Iran: Zarif Issues Death Threats to Protesters in Sweden during Diplomatic Tour of Scandinavia and France 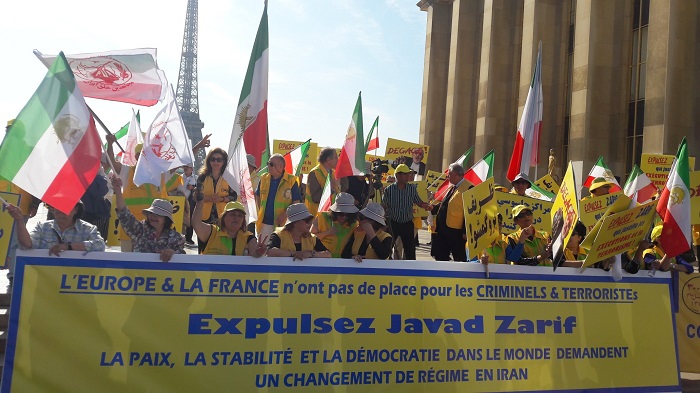 Supporters of MEK in France hold a rally against the trip of Zarif, the FM of the Iranian regime, Aug 23, 2019

Iranian regime Foreign Minister Javad Zarif lashed out at protesting members of the Iranian diaspora in Sweden on Wednesday with a series of death threats, saying that the protesters, who were in Stockholm to demand Zarif’s expulsion from Sweden, would not survive in Iran or Iraq because they would be eaten alive.

The threats came during an August 21st interview with Iranian state-run Press TV. Zarif, who was clearly rattled by protests during his visits to Finland and Sweden, openly threatened the demonstrators with death, saying: “Ask any of those individuals standing outside to attend any meetings with Iranians [the regime’s Revolutionary Guards and agents] and then see whether they would survive. They would not stay alive for a minute…. They cannot even stay in Iraq because the people of Iraq [the regime’s proxies in that country] will eat them alive.”

Zarif’s comments took place in the midst of a diplomatic tour of Finland, Sweden, Norway, and France. The presumed goal of these visits is to convince the international community that the Iranian regime does not pose a threat to the world and should be treated like a “normal country.” The fact that Zarif could not manage to avoid threatening peaceful protesters in Europe with death even on a diplomatic tour is telling.

Protests in Scandinavia and France 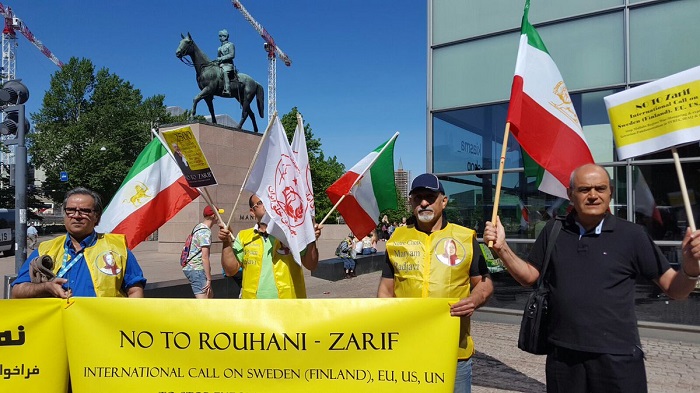 MEK supporters hold a demonstration against trip of Zarif to Finland

Talks with #Zarif of a country that has repeatedly committed terrorist activities against its opposition in European soil, is a disrespect to Iranian people’s struggle for 40 years against tyranny & oppression.#Iran #ban_Zarif #NoImpunity4Mullahs#Zarif_inte_välkommen @Niinisto pic.twitter.com/ldBMqfsp7M

On Tuesday, protesters in Stockholm, Sweden met Zarif with large banners reading “Stop appeasing the Mullahs’ regime. Expel their agents,” and “Kick Javad Zarif Out! Europe and Nordic countries are no Place for Criminals and Terrorists: World Peace, Stability, and Democracy Requires Regime Change in Iran.” 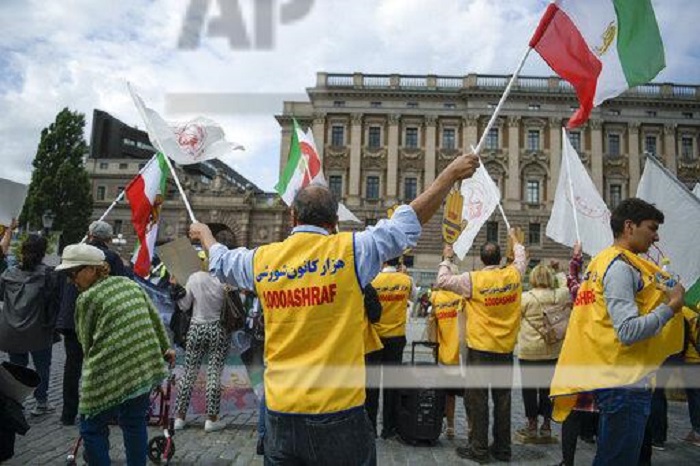 MEK supporters hold a demonstration against trip of Zarif to Stockholm

On Wednesday, Swedish police arrested protesters who were demonstrating for the second day of Zarif’s visit. Videos posted to social media show members of the Iranian diaspora lying on the ground passively resisting arrest and yellow-jacketed MEK supporters recording the arrests, attending to those who were injured, and attempting to defuse the situation.

Widespread protests by supporters of the Iranian Resistance against the presence of #Zarif, representing a government of execution and suppression.
Many of them attacked and arrested by Stockholm police.
This is shameful of them!
#Zarif_inte_välkommen @margotwallstrom @SweMFA pic.twitter.com/nBc9qDAJYs

In Norway, members of the Iranian diaspora gathered in front of Norwegian Parliament to protest Zarif’s arrival in Oslo on Thursday. They held a large banner, which read, “Europe and Nordic countries are no Place for Criminals and Terrorists! Kick Javad Zarif Out! World Peace, Stability, and Democracy Requires Regime Change in Iran,” and waved Iranian flags.  Former Norwegian MP from the Christian Democratic Party, Lars Rise, joined the protesters in solidarity with their cause. 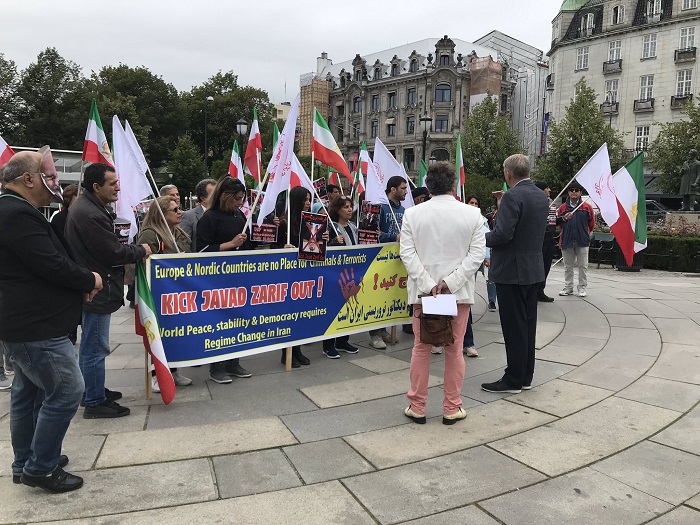 Supporters of MEK in Norway protests against Zarif, FM of the Iranian regime.

Zarif is set to meet with French President Emmanuel Macron in Paris on Friday. Protests against his arrival were held in Paris’ Trocadero Square. 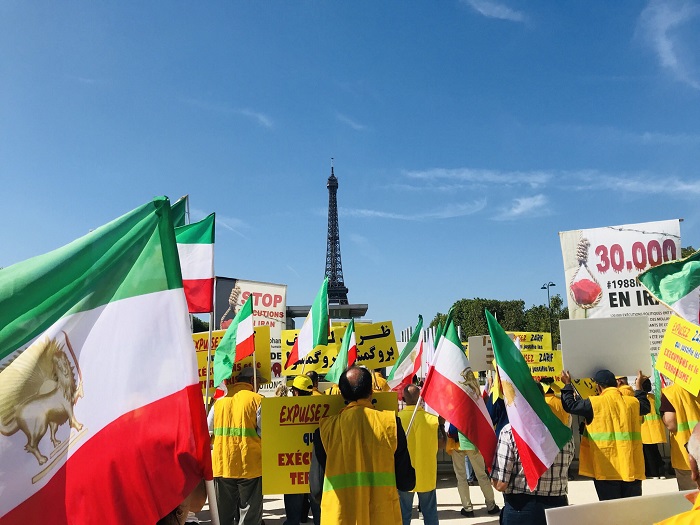 The NCRI issued a statement on August 17th condemning Zarif’s visits to Scandinavia and calling once again for the Iranian regime to be blacklisted by the international community. The MEK has called repeatedly for Zarif and regime officials to be expelled from Europe for their role in domestic suppression and global terrorism.