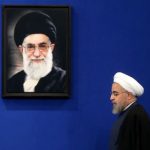 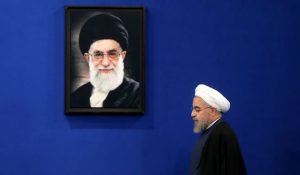 In a report published in the Washington Times on Thursday, July 12th, the Iranian opposition coalition, the National Council of Resistance of Iran (NCRI), revealed, that senior members of the Iranian regime approved the planned Iranian terror attack on the Free Iran Rally in Paris. The group’s intelligence sources within Iran allege that President Hassan Rouhani and Iran’s Supreme Leader Ayatollah Ali Khamenei were involved in the plots organization.

The report from the NCRI and the People’s Mujahedin Organisation of Iran (MEK), said the attack was approved by every level of Iranian power, including Ali Khamenei, Regime’s Supreme Leader’s office, regime’s Foreign Ministry, and the Islamic Revolutionary Guard Corps (IRGC).

The attack was foiled when Belgian authorities stopped an Iranian couple traveling in a car packed with explosives. The couple was traveling to Paris where the NCRI and the MEK were holding their annual Free Iran Rally.

The two had received the explosives and instructions from Assadolah Assadi, an Iranian diplomat posted at the Iranian embassy in Vienna. German authorities later arrested Assadi.

In the NCRI and MEK’s report, it was revealed that Assadi’s real job title is the Ministry of Intelligence station chief in Vienna. His role was to spy on MEK activities, and he traveled extensively across Europe in this capacity.

The attack has drawn attention to the Iranian regime’s use of embassies abroad to coordinate a network of espionage and terror. In a press release from the US Department of State on Tuesday, July 10th, a Senior State Department Official urged nations with Iranian embassies on their soil to examine embassy operations to “ensure their countries’ own security”.

US Secretary of State Mike Pompeo also offered words of caution to the international community. He said Iran frequently uses its embassies abroad as terrorist centers. He told the UK’s Sky News that the US has frequently “seen this malign behavior in Europe”.

A Senior State Department representative speaking on the sidelines of the NATO conference in Brussels also disclosed discussion points that were raised on a recent visit to Saudi Arabia. “We discussed how Iran uses embassies as cover to plot terrorist attacks”, he said.

The Fate of Assadi

The MEK and NCRI are calling for Assadolah Assadi to face charges in Belgium for his involvement in the plot. However, the regime has fiercely rejected any notion of the diplomat facing charges. It wants the German authorities to extradite Assadi to Austria, where he will receive diplomatic immunity.

MEK spokesman, Shahin Gobadi, explained the Iranian opposition’s decision to campaign for Assadi’s extradition to Belgium. “In Belgium, it is more probable that Assadi will face justice and has to answer all sorts of questions and does not have any diplomatic immunity,” he said.

The fate of Assadi remains to be determined. As does the future of Europe’s Iran policy. Meetings have continued this week on the fringes of the NATO summit, and the topic of Iran has been on the table in many of these meetings.

The governments of Europe continue to grapple with how best to approach the Iranian regime following the withdrawal of the US from the nuclear deal. However, an equally pressing matter should be the issue of how best to dismantle the Iranian regime’s network of spies operating with impunity in the heart of Europe.

We ask our allies & partners to join our economic pressure campaign against #Iran’s regime. We must cut off all funding the regime uses to fund terrorism & proxy wars. There’s no telling when Iran may try to foment terrorism, violence & instability in one of our countries next. pic.twitter.com/XHxd3EPaBP

If Assadi escapes trial, it will send a dangerous message to Iran’s intelligence officers operating within embassies across Europe. Europe’s future security depends on how it responds to this crisis.