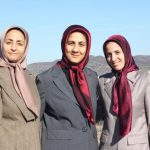 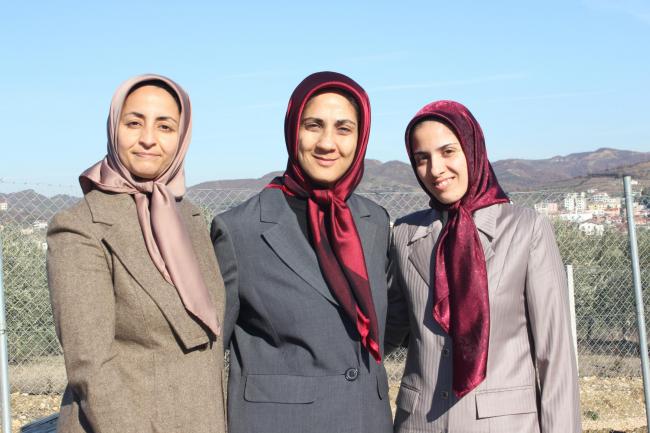 The Scottish Website The National recently published a report about the MEK’s cyber-warriors working inside Ashraf 3 in Tirana, Albania. The report explains the role of the MEK research team in spreading information about the people’s uprising currently taking place in Iran.

Ashraf 3 is a compound in Tirana for MEK members who were relocated from their previous camp in Iraq. According to The National, Ashraf 3 had only a few hundred residents when it was founded in 2013, but it now houses over 2,500 MEK members.

The uprising in Iran has been taking place in cities and towns across Iran for over a year, but the protests and strikes are largely unreported inside Iran by state media. According to The National, the MEK’s cyber warriors use encrypted social media channels to broadcast video clips of the protests recorded on mobile devices to their supporters in Iran.

The camp members are exiled from their home country, but according to resident Forough Moezzi, who works in the information unit, ““It’s not a refugee camp – we are a resistance movement so our lives and our work is part of the struggle against the Iranian regime. We live here together and plan the future. We want to go back to Iran – a free Iran – and I think it will be very soon because we see international sanctions and pressure on the regime. I believe freedom is very near.”

Moezzi and her sister joined the MEK when the camp was still located at Ashraf in Iraq. She has been at Ashraf 3 for two years. After she joined the MEK, her father returned to Iran. She said: “When he returned to Iran the regime attacked our home just because my sister and I were here, and he was tortured for more than 10 years. Although he had cancer they wanted to kill him just because his daughters supported PMOI. The regime executed my uncle when he was 23 for the same reason.”

#Iran #News Family of dissident Ali Moezzi calls on Amnesty International to intervene to save their ailing father https://t.co/umAP2IEV9K pic.twitter.com/Gir8KaAgAC

Parvin Poureghbalie is another MEK member who is committed to helping Iranians still inside the country. Poureghbalie studied in Iran in 1980, a year after the 1979 Revolution, and said that violence against dissenters started around that time.

She said: “I was in one of the smaller cities in Iran – Kerman – we were about 180 young girls and we were arrested. From that 180 the majority were either killed or disappeared, some went to other countries and only a small number are still in Iran.

“I feel I have a heavy responsibility for them. The people are starving and searching the garbage for food in a very rich country.

“We have taken a long and hard path but now we are sure that our return is coming closer. The time we go back to a free Iran will be very soon.”

Mohammad Shafaei was orphaned at the age of eight when the regime killed most of his family. His father, a physician, was shot for treating wounded resistance members, and his brother was tortured to death in Evin Prison, according to The National.

Shafaei also works to curb “malign Iranian activity” by identifying fake apps and spyware. The research team has a television channel that is broadcast on Telegram, a messaging app that is used by almost half of the Iranian population.

“Our focus is on Telegram and Instagram because other social media like Facebook and Twitter are banned,” says Shafaei. “What we do is provide proxies to let the people circumvent internet censorship so they can see the demonstrations and unrest in their own country. Iran uses fake applications or spyware, spreads them among users in the country to trace their connections – so we try to disclose all these activities in cyberspace.

“They have their own version of the Telegram client and they use it to collect user information and we investigate all these things and provide reports of what these apps do.”