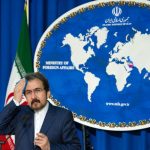 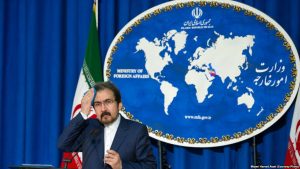 European law enforcement in Germany, France, and Belgium are currently taking measures to prosecute the terrorists responsible for the Iranian regime’s failed attempt to attack the annual gathering of the Iranian opposition movement, supporters of MEK in Paris on June 30th. The regime and its officials have responded by using its state-run media to complain about the “unfairness” of the arrest of their agents, particularly Assadollah Assadi, a regime diplomat in Austria and the mastermind of the foiled terrorist attack. The regime has gone so far as to blame the MEK for the arrests.

A recent op-ed in the state newspaper Keyhan, a well-known mouthpiece for Supreme Leader Ali Khamenei, griped that “the dignity of the Iranian passport had been sullied”. This is in reference to Assadi’s diplomatic immunity, which was canceled following his arrest for espionage and conspiracy to commit murder by the German Prosecutor’s Office. The paper further wrote, “This arrest has no basis.” The regime seems determined to deny the evidence against its operatives, despite the investigations currently taking place by authorities in three European countries against Assadi and those charged with carrying out his orders.

Another article entitled “Decrypting Europe’s Anti-Iranian Scenario” was recently published in Vatan-e-Emrooz, another state newspaper with close ties to Khamenei’s circle. This article described the Assadi’s arrest as a European conspiracy against the regime. Vatan-e-Emrooz ominously warned that if the regime does not react strongly to the arrest, “the scenario will repeat itself in more intense ways.”

One regime MP, Gholam Ali Jafarzadeh, blamed the MEK for the situation, saying that the MEK is plotting to destroy relations between Europe and the Iranian regime. He advised regime President Hassan Rouhani to “closely monitor the events and react firmly.” He also stated the need for the regime to train its diplomats to avoid “stepping in the traps of the enemy.” This would appear to be an admonishment to the regime’s foreign ministry that they have not been effective in training its diplomats in terrorist activities and evading detection.

Regime officials recycled some old strategies from its playbook as well, claiming that the MEK staged the attack itself. They reasoned that no government would give its diplomats explosives to carry out a terrorist attack in a foreign country. The regime has used this line before when it has been caught carrying out terrorist attacks in Europe and other countries.

This lie by the regime rings particularly false in its hypocrisy and only serves to lessen the credibility of their other already dubious claims. It also shows how much they fear the MEK.

The fallout from the failed terrorist plot has also intensified the in-fighting among the various factions in the regime. Those authorities closely tied to Khamenei are demanding to know why Rouhani and his government have not managed to secure the extradition of Assadi from Germany custody.

As always, media in Iran only shows the tip of the iceberg. The arrest of Assadi and the other terrorists responsible for the failed attack on the NCRI gathering in Paris is causing upheaval in Tehran, and the full extent has yet to be seen. 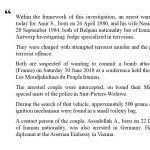 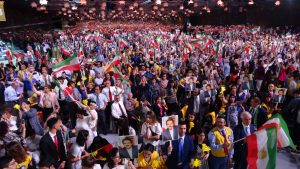 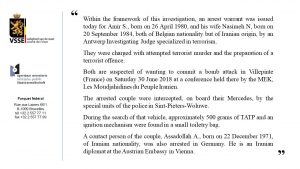 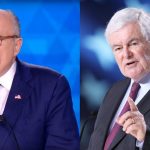 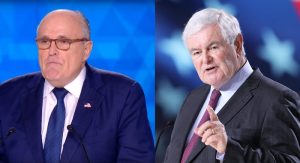