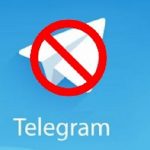 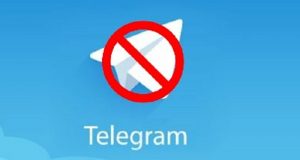 Telegram was officially banned in Iran

Although it had been talked about for months, Iran’s judiciary finally made the announcement on Monday, April 30th, that it would block Telegram. In a statement, the judiciary said, the “blocking should be implemented in a way that the content of this network will not be available in the country with any software”.

The decision to block the social network stemmed from the regime’s fear that the messaging service provided a platform for protestors to mobilise and organise their demonstrations against the regime. The judiciary statement alluded to the dissemination of “propaganda against the system through this messenger.”

With more than 40 million users, Telegram was the main social media platform for Iranians. Human Rights Watch called the decision to block the service “an unjustifiable restriction on freedom of information”.

An Indicator of Success

The decision to block Telegram is a direct reflection of the success of the protestors and the threat they represent to the regime’s authority. Despite the fact that Rouhani had publicly stated he opposes bans to the country’s social media, but due to the widespread protests flaring up across the country, the regime had little choice but to proceed with repressive measures to retain its grip on power.

Last year the regime arrested more than 70,000 cyberspace users for allegedly “threatening “the tranquillity of the country”. This, like the ban, is a reflection of the regime’s inability to quash public dissent. It has to resort to extreme repression to stay in power.

The Ban Will Not Disrupt the Determination of the Iranian People

Last time the regime banned Telegram, for two weeks in December 2017, when the nation was in the grip of national protests, there were reports that some 30 million people used bypass tools. The ban did not bring an end to the protests; it only fuelled the drive of the Iranian people to intensify their resistance.

The same is expected to occur on this occasion.

In a statement, the National Council of Resistance of Iran (NCRI),  strongly condemned the “mass arrests and unprecedented repression of Internet users” and calls on all international human rights organizations, including Special Rapporteur on the Freedom of Speech, and the Working Group on Arbitrary Arrests, the International Telecommunication Union (ITU) and other relevant international bodies to strongly condemn the mullahs regime for this brutal suppression.

The international community should stand by the Iranian people and condemn the clear violation of the Iranian public’s civil liberties. The UN Security Council and the International Telecommunication Union (ITU) should add their voices to those of the human rights organizations and take measures to overturn this breach of international law.