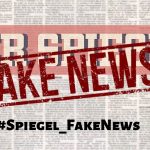 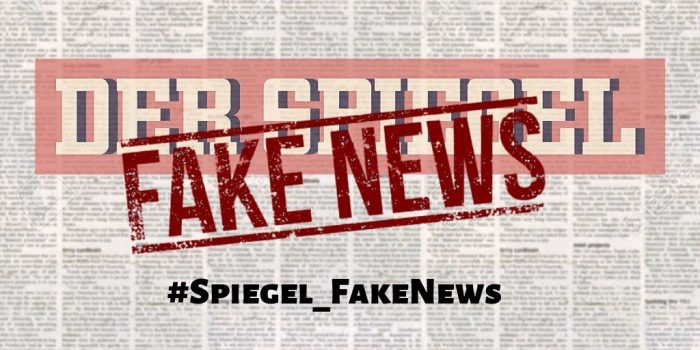 The Spiegel Magazine joins Iranian regime’s propaganda machine against Iran’s main democratic opposition the MEK. The Iranian communities expressed their outrage over the lies and fabrications reported by Der Spiegel-February 2019

Der Spiegel’s Hit Piece: Shoddy Journalism or Evidence of a Conflict of Interest?

As the dust settles on the Warsaw conference and the Iranian regime are forced to come to terms with the US’s concerted efforts to build a united international front against Iranian regime aggression, regime allies are intensifying attacks on the Iranian opposition.

Over 65 world leaders gathered in Warsaw to discuss ways of containing the Iranian threat and bring stability to the Middle East and the wider region. On the sidelines of the conference, the People’s Mujahedin Organisation of Iran (MEK), the largest and most influential Iranian pro-democracy group, organized rallies and protests against the regime and its four-decade hold on Iranian politics.

High-profile political figures from around the world turned out to support the MEK, including former New York Mayor and Donald Trump’s lawyer Rudy Giuliani. The size and scale of the rallies, as well as the support they drew, drew international attention to the MEK and the leader of Iran opposition, president-elect Maryam Rajavi.

While this was a major step forward for Iranian democracy and the opposition movement, the increased profile of the opposition group caused a ripple of concern among the Iranian regime.

The more international recognition the MEK and the Iranian opposition get, the more fearful the regime becomes. The group represents the most viable alternative to regime rule. Maryam Rajavi’s ten-point plan outlines a clear plan of action for installing a democratic government in Iran following the fall of the regime. The group’s very existence is a threat to the regime’s future survival.

As shockwaves of concern spread across the regime in the aftermath of the Warsaw conference, the regime’s allies intensified its attempts to publicly demonize the MEK and the Iranian opposition.

Spiegel Online or a Mouthpiece for Iran’s Dictatorship

These attempts cumulated in an article published from Germany’s Der Spiegel magazine. Entitled “Gefangene der Rebellion”, the article was a hit-piece designed to sway public opinion against the MEK and curb its rising popularity.

The article’s claims are the same as those that have previously been touted by the Iranian regime, many of which have been publicly disproved on numerous occasions.

However, the most concerning aspect of Der Spiegel’s article is not the mistruths and lies present in the text, but the complete lack of basic journalistic integrity and abandonment of journalistic principles. In the wake of the magazine’s recent Claas Relotius revelations (in which a prominent writer and journalist was found to have fabricated interviews with sources and experiences in his articles), the magazine has evidently not improved its fact-checking and information gathering practices.

these facts alone attest to you serving the Mullahs in your propaganda piece as part of the larger smear campaign launched against the #MEK by the regime.
If you have a valid response to any of the issues raised please share!#Spiegel_FakeNews #Spiegel=#Fakenews pic.twitter.com/eswsTlvXp3

This is all the more concerning considering that Der Spiegel publicly apologized following the Relotius scandal and maintained that the magazine was working to tighten its internal vetting and fact-checking processes.

An analysis of the magazine’s fact-finding process exposes a lack of journalistic integrity and the absence of even basic journalistic principles.

The writer interviewed regime affiliates, members of the Iranian Ministry of Intelligence (MOIS), and ex-members of the MEK, all of whom have a clear anti-MEK agenda, yet did not confer with the MEK itself, Albanian authorities, or international politicians that have visited the MEK’s compounds to verify any of the MOIS and regime allies’ claims.

The MEK reached out to Der Spiegel and invited the magazine to the group’s compound in Albania to see how the group lives. The magazine declined the offer, preferring instead to rely on regime accounts.

Similarly, the reporter interviewed the father of 38-year old Somayeh Mohammadi, who claims his daughter is being held by the MEK against her will. Not only are the claims untrue (Mohammadi has his claims dismissed by an Albanian court following a full hearing) but Somayeh has often spoken to journalists and politicians, including former Scottish MEP Struan Stevenson, about how the claims are inaccurate and her father is a regime agent.

Col. McCloskey, had also come across the story when he was stationed in #CampAshraf calling it a way of torturing #MEK residents by abusing their families against them. Speaking at a high profile rally in #Paris, on Feb.2012 he said: pic.twitter.com/eddEpzajHF

A Conflict of Interest?

At best, the article exposes a lack of integrity. However, many are speculating that there may be something more contrived afoot. The reporter allegedly lived in Iran for several months before writing the article. They also reportedly spent time with the Basij militia, a regime-affiliated militia organization. Given that the reporter declined to do the same with the MEK, it could be indicative of a severe conflict of interest.

More concerningly, on November 24, part of the article appeared on a website affiliated with the MOIS, with the addendum that the full article was published in Der Spiegel, although the full article had not yet been published. This indicates a deep level of collaboration between the Iranian regime and the reporter. It indicates that the regime itself had access to parts of the article long before it appeared in print.

Has anyone ever heard article of a major Western publication be published by secret service of a totalitarian regime beforehand? #Spiegel provided article on #Iran opposition to MOIS 3 months ago & MOIS published it, attributing #Spiegel. Hook, line, and sinker. #Spiegel_FakeNews pic.twitter.com/wDtt4ztul1

As the MEK gathers momentum, both at home and abroad, and the Iranian regime finds itself confronted by a highly-mobilized and determined Iranian population, it feels its only chance of survival is to attack the Iranian opposition.

Der Spiegel’s latest article must be seen for what it is: the latest regime attempt to vilify and undermine its political opponents and silence dissent. It is nothing more than a political weapon to curb the rising popularity of the MEK. But the MEK is not the only victim. International journalism suffers when the Iranian regime uses it as a propaganda mouthpiece.

As long as international media outlets are unprepared to install rigorous fact-checking and editing standards, disinformation and lies will be allowed to propagate.