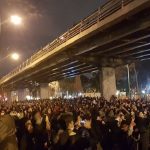 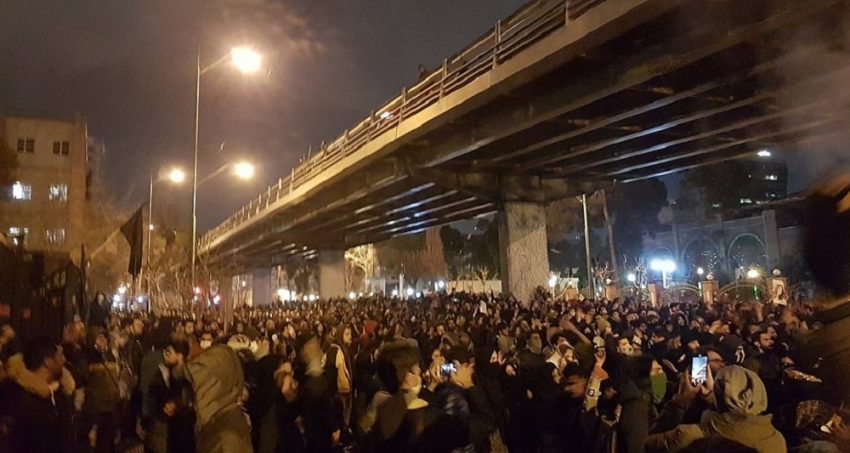 Thousands of Iran Protesters gathered in Hafez street in Tehran, to call for the regime’s Supreme Leader, Ali Khamenei to step down-January 11, 2019

On Saturday 11, 2019, the Islamic Revolutionary Guards Corps (IRGC) admitted taking down the Ukrainian passenger plane in an unprecedented crime of its kind, killing 176 passengers of the plane. The vicious crime, and three days denial game the entire regime played in trying to cover up the crime, turned into too much anger by the already dissident youth, who just a month ago faced a brutal crackdown by the IRGC forces taking the lives of at least 1,500 and the imprisonment and torture of 12,000 still in regime’s prisons.