The People’s Mujahedin of Iran (PMOI / MEK Iran), and the National Council of Resistance of Iran (NCRI), reported that Hassan Nasrallah, the secretary-general of Hezbollah in Lebanon, was the first to proclaim his willingness to buy and import fuel from Iran in mid-July 2020. 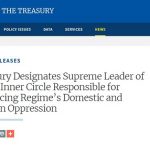