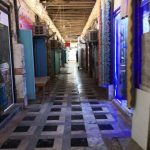 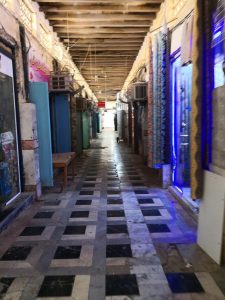 Hail to the businessmen and shop owners who are on strike in #Tehran and other cities in protest to the destructive policies and astronomical embezzlements institutionalized by Khamenei, Rouhani and the IRGC. #Iran#IranRegimeChange

The strikes show a number of similarities to the truck drivers strike that is now in their eighth day. The merchants, like the truck drivers, launched a massive round of nationwide strikes earlier this year, but the regime has been incapable of addressing their concerns. Both the merchants and the drivers have now been forced to strike a second time, despite the clerical regime’s heavy suppressive measures.

The disastrous state of the economy and the foreign exchange market is the direct product of the regime’s depravity. The free fall of the value of Rial to the world’s lowest is a consequence of the rule of the mullahs who have destroyed everything to preserve their power. #Iran

Protests began on the morning of July 30th. MEK sources on the ground report that some merchants in Tehran, Tabriz, Karaj, Ray, and other cities have declared strikes.

Tehran’s carpet market is on strikes and has shuttered its shops in protest of the increase in the dollar and the recession that is affecting the bazaar.

MEK sources say that Tehran’s gold markets did not open on Monday in protest of the increase in the dollar’s value and the economic downturn in the gold market.

Manufacturers and shopkeepers are striking in the city of Ray. Only five out of eighty food bag manufacturers are currently open.

In Karaj, Qazvin Street, merchants, and shopkeepers did not open their stores and went on strike in protest of the increase in the value of the dollar.

In Rasht, merchants went on strike to protest the increase in the dollar.

In Bandar Abbas, merchants went on strike in protest of the increase in the value of the dollar and the decrease in value of the rial.

In Qeshm, marketers, and businesses kept their shops closed and went on strike in protest of the increase of the dollar, rising prices, and the recession of the market.

The Amirkabir gold and jewelry market in Tabriz did not open in protest of the rise in the value of the dollar, high prices, and the recession.

The MEK network reports that tool and machinery merchants and businessmen in Isfahan closed down their shops yesterday and went on strike in protest of high prices, the increase of the dollar, and economic turmoil.

Security forces hope to suppress protests and demonstrations before they can spread. The massive protests and strike in May in Tehran’s Grand Bazaar spread rapidly, both within Tehran and to numerous cities, despite heavy suppressive measures.

Security forces were deployed to suppress possible large-scale protests by merchants at Tehran’s Grand Bazaar, the Istanbul Metro Station and Ferdowsi Square. Anti-riot motorcyclists were deployed at the Jomhuri Crossroad and opposite the Aladdin Mall.

The May merchant strikes that began in Tehran also followed a sharp rise in the exchange rate. The initial strike was in protest of the freefall of the rial, but within hours merchants and others were in the streets chanting, “Let go of Syria, think of us!” and demanding regime change. The protests quickly spread to other cities. The regime arrested a large number of protesters, threatening them with severe charges and imprisonment. Yet, at the end of July, the merchants are brave enough to defy the regime and strike again.