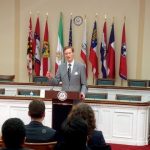 How Tehran Manipulates Journalistic Independence in the West 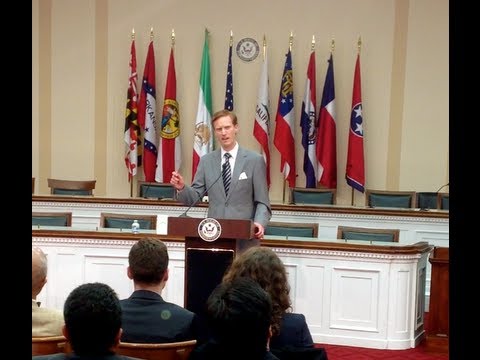 Professor Sascha Sheehan, Executive Director at the School of Public & International Affairs, the University of Baltimore speaking at Capitol Hill during a conference about the correct policy towards Iran.

Ivan Sheehan penned a piece for US news outlet, Townhall on Thursday, December 6th. The piece, titled “Tehran’s Influence Operations a Threat to Journalistic Independence”, explored the great length the clerical regime has gone to influence and infiltrate Western media.

Sheehan wrote, “these efforts have been so successful that many such organizations are now threatened from within by assets- often disguised as journalists- portraying Iran as the victim”.

Sheehan’s piece is particularly timely. It comes just weeks after the British newspaper, The Guardian, published a three-page article attacking the People’s Mujahedin Organisation of Iran (MEK), the most popular and well-organized resistance movement.

Its author, Arron Merat, has close ties to the regime’s Ministry of Intelligence (MOIS) and is widely seen as a regime stooge, who promotes Iranian interests and regime talking points to discredit the MEK and legitimize attacks on the Iranian opposition.

Many “journalists” cut their teeth in the state-run media

Sheehan goes on to explain how many of these “journalists” working for news outlets around the world previously worked for Iran’s state-run media. “Some parrot the regime’s talking points as if they are still on the payroll”, Sheehan wrote.

25)
This is another talking point provided by #Iran’s regime.

Al-Jazeera recently aired a program attacking the Iranian opposition living in exile, including the MEK and its president-elect, Maryam Rajavi. Will Yong, the producer, and host of the program, once hosted Press TV, an Iranian state-run media outlet with close ties to the Supreme Leader Ali Khamenei.

Wrong Will. Iran's ppl will overthrow the regime. It's remarks like this that give you away. I just googled you up & it turns out you used to work for Press TV, i.e. Iran's state TV. Here's a quick question, how much did Iran's regime pay you to produce anti-MEK reports for them? pic.twitter.com/P2sfZeai81

These regime stooges are working in some of the West’s most prominent media outlets including MSNBC, Al-Jazeera English, Channel 4 News, The Guardian, and The Independent.

It's a fact, that no one with a good hearth would pick on #MEK,knowing what big sacrifice they've made to free their country. As a litmus test, anyone that repeats and defends the MOIS propaganda against MEK is an advocate if not an agent of the Iranian dictatorship.#FreeIran2018

The regime ensures it keeps a tight control on the reporting coming out of Iran by requiring local assistants and translators that help foreign journalists to secure a permit from the Ministry of Media and Culture. This allows the regime to hand pick the personnel that works with foreign journalists in the country. These assistants control journalists’ access to information and shape the reports they produce.

Many of these assistants and translators have previously worked within the Iranian MOIS. As they strengthen their relationships with foreign media outlets, many are later taken on as reporters themselves, allowing them to disseminate regime talking points directly to Western readers and listeners.

Sheehan writes, “though some of these journalists do, from time to time, reference human rights abuses in Iran, seldom- if ever- do they contradict the regime’s fundamental positions in critical areas”.

These critical areas include the calls for regime change, the effect of international sanctions, and the role of grassroots movements in organizing an effective resistance movement.

Instead, they promote the idea that sanctions harm ordinary Iranians, the Iranian population would rally behind the mullahs if the US supported the Iranian opposition, and that the MEK is a violent cult that tortures its members and holds people against their will. Sheehan correctly asserts, “there is not an ounce of evidence to support these claims”.

Rebuttals have been limited

There has been limited engagement among the Western media and governments to discredit these regime mouthpieces that have infiltrated the Western free press.

US Secretary of State Mike Pompeo did tweet a response to a Newsweek article that claimed US sanctions would prevent Iranians accessing basic humanitarian needs. His tweet called Newsweek out as #FakeNewsweek and accused the media outlet of spreading Iranian Foreign Minister, Javid Zarif’s lies. He said, “the truth is, the US does not, and never did, sanction food and medicine”.

Sheehan concludes his piece with a word of warning. “These pro-Iran writers and their syndicates are not ordinary journalists,” he wrote, “they are PR agents for a regime that jails reporters, censors free media expression, and enslaves a restless nation”.