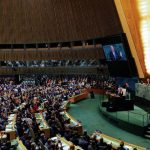 Religious Freedom is a Pillar of Trump’s Foreign Policy 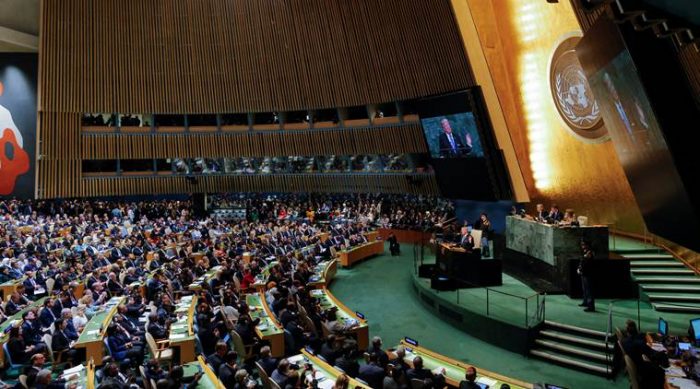 President Trump presiding over the U.N. Security Council session on September 26 expected to make a stand for universal values including religious freedoms and to make a clear case for greater multilateral pressure on Iran

“Trump is expected to advance religious liberty at the UN”, writes Ambassador Kenneth Blackwell in his recent article in The American Thinker. He refers to the widespread human rights abuses in Iran, with religious minorities among the worst affected groups.

Based on Amb. Blackwell’s article, a recent US State Department report estimated that between 2010 and 2017, the Iranian regime sentenced over 600 Christians to prison terms. The same report revealed its findings on anti-Christian messages within the Iranian state-run media. It found a recent uptick in aggressive anti-Christian sentiment, which corresponded with increased raids on places of worship.

Last month, the Iranian regime imprisoned an entire Christian congregation. Each member of the church was sentenced to one year in prison for practicing Christianity.

The Regime Cannot Survive in an Environment of Religious Freedom

The uptick in home-based church raids has coincided with a period of increased uncertainty for the clerical regime. Domestic pressure is mounting as public protests become increasingly common.

So far, the regime’s response has been to lock up protestors and political dissidents. The decision to imprison Christians reveals that the regime sees religious freedom as a direct threat to its authority. The regime does not believe it can maintain its grip on power in an environment of religious freedom writes Blackwell.

Ambassador Ken Blackwell the former U.S. representative to the United Nations emphasized that the Iran nuclear deal sought to usher in a new era of moderation among the Iranian leadership. The Obama administration and its European allies believed that the deal would force the Iranian regime to accept religious tolerance and end its persecution of Christians and other minorities.

Now, more than three years later, rather than promoting religious freedom, Rouhani and Khamenei have only intensified their campaign against minorities.

The US administration should back alternative forms of government in Iran

Given the central role religious freedom occupies in Trump’s foreign policy, the US administration should back alternative forms of government in Iran that share the same values, writes Amb. Blackwell. He emphasized:

“Although Iran is presently one of the world’s most troubled areas in terms of religious liberty and human rights, it is also home to one of the most active, organized, and well-established movements in favor of Western-style values and democratic governance.  There is no better or more obvious way of promoting those values in Iranian society than by endorsing and supporting the MEK and its allies. ”

The National Council of Resistance of Iran (NCRI), and the People’s Mujahedin Organisation of Iran (MEK) at its core hold those values. Its President-elect, Maryam Rajavi, has a ten-point plan for bringing democracy to Iran, founded on religious freedom of expression.

The MEK has been behind the expanding protest movement within Iran. It aided the spread of uprisings in December and January and has been behind some of the largest protests within the country since.

In response to the group’s mounting success, the Iranian regime has launched a brutal crackdown on MEK activities. The regime has imprisoned more than 8,000 of its members and killed over 50.

This has not deterred the group or its supporters in Iran. The Iranian public has continued to take to the streets, despite the risk to their lives and their freedom, ignited by Maryam Rajavi’s calls for a “year full of uprisings”. In August alone, protestors took to the streets in more than 24 Iranian cities, with many protesters calling for regime change, writes Amb. Blackwell.

President Trump has the opportunity to make a prominent statement next week at the UN Security Council Session. The Iranian people deserve the right to exercise their essential rights and liberties, including religious liberties. Trump can create his legacy as the President that made that happen. It is time to tighten the pressure on the clerical regime and pledge US support to the Iranian opposition. 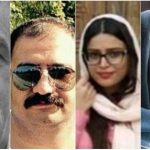 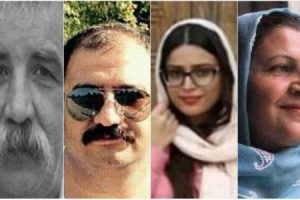