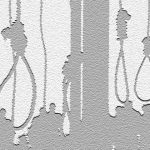 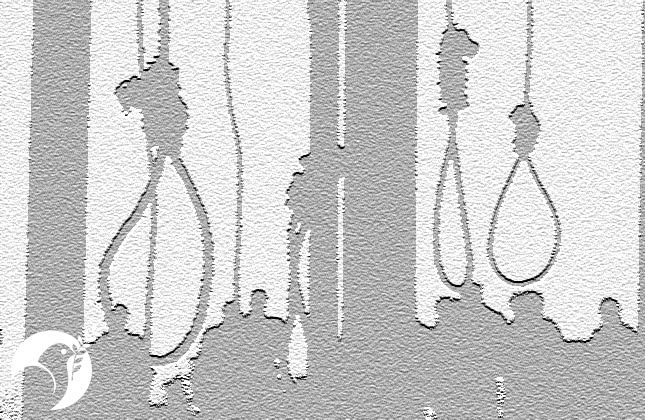 Photo, credit to Iran HRM- A new wave of mass executions in Iran in reaction to the growing discontent across the country due to the corrupt and repressive policies of the religious dictatorship ruling Iran.

Despite the International call to stop the execution of 3 Kurdish political prisoners, the Iranian regime hanged Ramin Hossein-Panahi, 24, Zanyar Moradi, 30, and Loghman Moradi, 32, in Gohardasht Prison, Karaj this morning.

Zanyar and Logman Moradi had been imprisoned for ten years for an alleged murder. Both of the men, who are related to each other, had alibis for the time of the murder they were accused of. Zanyar’s father, Eqbal Morad (Logman’s uncle), was a Kurdish activist who was targeted by the regime for his human rights work. Zanyar and Logman Moradi were informed that they would be released upon Eqbal’s surrender. However, Eqbal was assassinated on July 17th, making Zanyar and Logman expendable to the regime.

On September 3rd and 5th, the Iranian regime carried out a total of eleven executions in Zahedan and Gohardasht prisons. Three prisoners, between the ages of 21 and 24, were hanged at Zahedan Prison at dawn on September 3rd. They were convicted of killing a police officer.

The mullahs’ regime has increased its use of the death penalty as a series of domestic and foreign crises have rocked the foundation of the regime’s claim to power. The wave of executions is intended to create an atmosphere of fear that will prevent the current popular uprising from spreading further.

The regime is mistaken in thinking that adding to its list of gross human rights violations will help to suppress the uprising. The people of Iran are tired of living in fear. Now they are outraged.

The Iranian opposition calls upon human rights groups, including the U.N. High Commissioner for Human Rights, the Special Rapporteur on the Situation of Human Rights in Iran, and the Working Group on Arbitrary Executions, to condemn these executions and to take immediate action to prevent the use of such barbaric punishments in Iran in the future.