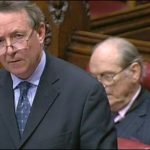 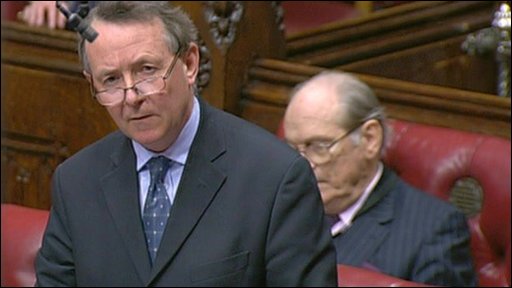 Lord Alton, member of the UK House of Lords a long time strong supporter of MEK

A distinguished professor and member of the UK’s House of Lords has urged the UK government and its European allies to seriously consider a US appeal for multilateral participation on economic and diplomatic sanctions on Iran.

Following the US withdrawal from the Joint Comprehensive Plan of Action (JCPOA), also known as the Iran nuclear deal, the US has reintroduced stringent economic sanctions on the Iranian regime.

However, the UK and European governments have been reluctant to follow suit, instead preferring to salvage the JCPOA in some way.

Lord Alton wrote, “It is understandable that there are different attitudes on each side of the Atlantic”, adding, “but it is important that neither the US nor Europe allows this discord to distract them from the imperative to establish a coordinated, cohesive strategy for dealing with other pressing issues related to the Islamic Republic of Iran.

The nuclear issue may have grabbed headlines, but it is by no means the only threat the Iranian regime poses.

For example, the Iranian regime has maintained its title as the world’s leading state-sponsor of terrorism. In 2018 alone, the regime orchestrated two terror attacks on European soil. Both targeted the Iranian opposition group, the People’s Mujahedin Organisation of Iran (MEK), and both were foiled in the late stages of the operation.

The regime also leads the world in executions per capita, with Alton calling it a “representative example of the repressiveness of ideological dictatorships.”

What is perhaps even more troubling, is that under the JCPOA, which allowed for the easing of sanctions and inflow of aid to the regime, these two issues were allowed to increase unfettered.

The Iranian regime tightened its control of the population, executing political dissidents, women, and juvenile offenders alike. More than 60 peaceful protestors were killed in January alone.

Similarly, the regime constructed an elaborate network of espionage and terror in Europe, using Iranian embassies as underground hubs of nefarious activities. Assadollah Assadi, an Iranian diplomat operating out of the Iranian embassy in Vienna, was the mastermind behind the plot to detonate a bomb at the MEK’s annual Grand Gathering in Paris.

Regardless of the JCPOA’s effectiveness at limiting Iran’s nuclear capabilities, it has undoubtedly failed in its other purpose: to promote regional and international stability.

Alton writes, “the lack of progress in the Middle East is particularly obvious, as hard-line Iranian institutions continue to inject themselves into the civil wars in Syria and Yemen”.

Within Iran as well, instability reigns. The economic crisis brought on by the regime has prompted protests and outrage from the Iranian public. Key industries in Iran have gone on strike and brought the country’s economy to its knees.

Maryam Rajavi, President-elect of the National Council of Resistance of Iran (NCRI), made the connection between the regime’s ddestabilizing effect abroad and their violence within Iran.

She said, “the mullahs’ anti-human regime is hell-bent on stepping up the atmosphere of terror and repression to extinguish the Iranian people’s uprising through suppression, executions, bombardment and missile attacks”.

In continuing to treat the mullahs and Rouhani as though he is a moderate reformer on a crusade to bring stability to Iran and the Middle East is deeply flawed. Alton writes, “they [the UK and EU governments] are only turning their back on the most closely held human rights principles that define modern democratic nations.”