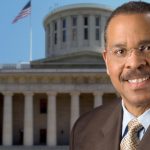 MEK_Iran: Ambassador Blackwell: We must get tougher on Iran 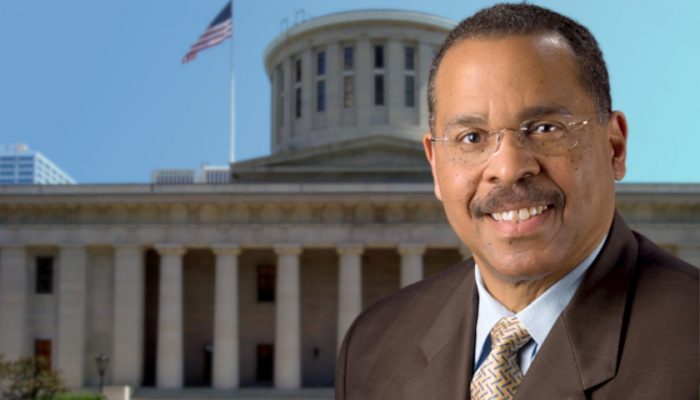 Former U.S. Ambassador to the United Nations,
BlackPast
John Kenneth Blackwell who served as the mayor of Cincinnati, Ohio (1979–80)

The Iranian regime’s foreign policy has increased in its brazenness, with the Islamic Revolutionary Guard Corps (IRGC) attacking or seizing commercial vessels in the Gulf, bombing Saudi oil infrastructure, and continuing its aggressive policies in Syria, Iraq, and Yemen, but Professor Ken Blackwell warns that the US should not decrease pressure on the mullahs.

#IRANIAN REGIME USES TERRORIST PROXIES TO CARRY OUT OPERATIONS WORLDWIDE.@gobadi–#MEK spokeperson:“The expansion of the regime’s conduct in the region did not stem from its strength &prowess. Rather it was the consequence of the weak approach of the intnl community.”#FreeIran

He wrote: “The regime’s recent actions cannot simply be interpreted as a response to rising levels of pressure from the US. Its abuses both at home and abroad have been getting worse for quite some time. And they have done so not because of newfound foreign pressure but because of the predictable absence thereof.”

In his op-ed for Townhall, he quoted the head of the National Council of Resistance of Iran (NCRI),  Maryam Rajavi, as saying that the impunity enjoyed by the regime’s leaders have resulted in emboldening them to export terrorism and warmongering.

The regime’s crimes have been overlooked in favor of appeasement for four decades now, the most heinous of which was the 1988 massacre of 30,000 political prisoners who refused to disavow the Mujahedin-e Khalq (MEK), the main Iranian opposition. The massacre was the subject of an extensive exhibition at the NCRI’s international conference in July, where Rajavi noted that even after they brought this evidence to the West, they remained silent.

Blackwell wrote: “America is known to be the foremost defender of human rights around the world and has taken on the scourge of terrorism head-on. Human rights abuses and terrorism are the two pillars of the clerical regime’s strategy for survival… As long as Tehran is not held directly accountable for more than 30,000 deaths, the regime will be emboldened to carry out more violations with impunity. Why would Tehran see any reason to scale back its malign activities, unless the US leads the way by making it clear that its standards for regime behavior have changed?”

The #Iranian Resistance is calling for an independent and international inquiry into the #1988Massacre and it is the responsibility of the international community to support it in any way it can.https://t.co/EGEWX4DTsP#Iran #MEK #FreeIran @USAdarFarsi pic.twitter.com/bFnmppVoRu

He advised that the only way to do this is by holding the regime accountable for its past crimes and bringing those responsible to justice. They must be shown that their actions have consequences. He further noted that while the “maximum pressure” policy is a step in the right direction, economic sanctions are not enough on their own. Instead, the regime’s crimes must be referred to the UN Security Council.

Blackwell wrote: “A proper investigation of the massacre will undoubtedly lead to a conviction in the International Criminal Court for a number of high-ranking Iranian officials, including the current Justice Minister and the current judiciary chief. The US should clearly send a message that Iranian officials are not immune from their wrongdoing. The Iranian people will see that the world supports them as never before and will rise up to demand, once and for all, a new, democratic government. The American administration needs to bring Tehran’s human rights violations into focus to force the regime to rethink its aggression.” 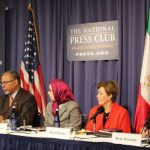 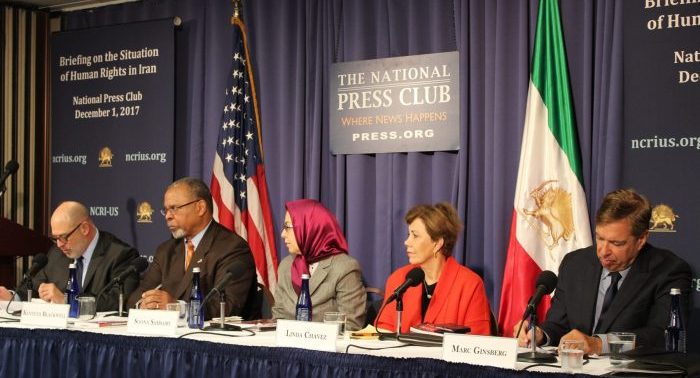 Ken Blackwell, the former US ambassador to the United Nations Commission on Human Rights, wrote an op-ed for conservative news site Townhall. The human rights expert weighed in on the Iranian regime’s appointment of Ebrahim Raisi as the head of the Iranian judiciary. He called Raisi,

“one of the most brutal figures of modern history of Iranian jurisprudence.”

Raisi was involved in the systematic execution of more than 30,000 members of the Iranian opposition in 1988. His ascent to the head of the judiciary illustrates the regime’s intent to further attack, maim, and kill members of the Iranian resistance and the People’s Mujahedin Organisation of Iran (MEK). The National Council of Resistance of Iran (NCRI), the umbrella coalition which includes the MEK, denounced the appointment in a statement that read; Ali Khamenei “proves once again that as the head of the crisis-stricken theocratic regime, he finds no solution other than a hard turn towards further repression.”

Putting their statement into context, Blackwell outlined the precarious position the regime currently finds itself in. “The crisis in question is twofold,” Blackwell writes. Widespread civil unrest and anger over the regime’s economic mismanagement and corruption weigh heavily on the mullahs. This domestic unrest coupled with the regime’s increased isolation on the international stage is causing an existential crisis. The regime’s solution to this crisis appears to be the promotion of a known human rights abuser in Raisi and an impending crackdown on the MEK and the opposition.

“In this sense, the appointment of Raisi as the new judiciary chief is just the latest in a series of efforts to reassert a national identity that is under threat of overthrow at the hands of a resentful and overwhelmingly pro-democratic opposition,” Blackwell rights.

Beyond the human rights abuses, Blackwell argues that Raisi’s appointment also exposes the folly in international policy towards the Iranian regime. Since his rise to power in 2013, many international governments have championed Iranian President Hassan Rouhani as a moderating influence on the clerical regime.

His indifference in the face of Raisi’s appointment serves to demonstrate the inaccuracy of this belief. Rouhani has expanded repressive gender separation policies, increased state-sponsored terror attacks abroad, and deployment of military personnel to quash public dissent in Iran. These are not the acts of a “moderate”.

Repression Will Not Prevail

Blackwell concluded his piece on a note of optimism. “Ultimately,” he writes, repression is “no solution”. “The Iranian people have continued to demonstrate in favor of dramatic reform and outright regime change even in the wake of thousands of protestors being arrested and dozens killed,” he said.

This commitment and resilience to democracy will ensure the MEK and the Iranian resistance will prevail. “They’re determined to succeed in overthrowing this evil and illegitimate regime,” Blackwell writes, adding, “they deserve moral and political support from the democratic nations of the world.”