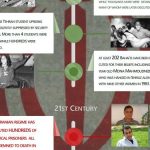 Senior Member of the Assembly of Experts: The Islamic Republic is a “Blessing” for Iranians 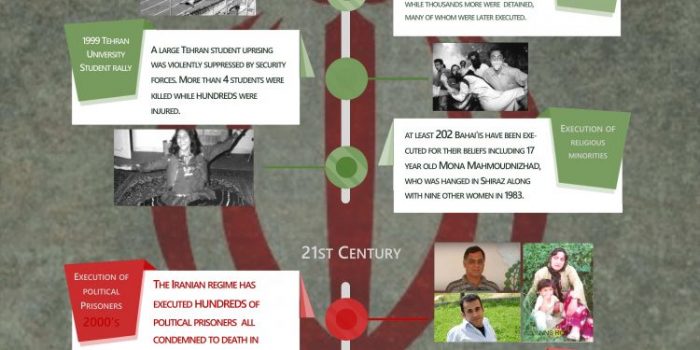 In an interview to mark the 40th anniversary of the clerical regime, Ahmad Khatami, a senior member of the Assembly of Experts, claimed that the Islamic Republic is a blessing for Iranians!

Khatami is known for his controversial statements and firebrand views. In 2009, he called on the regime to execute protestors that took to the streets following the disputed general election. He has also used Quranic verses to argue for the Iranian regime to continue the development of ballistic missiles.

The Islamic Republic: a “Blessing”

Under the clerical regime, corruption and economic mismanagement have put the Iranian economy in turmoil. “No sector has been left untouched by the regime’s elites,” Iran News Wire reports.

This did not seem to be on Khatami’s mind when he told an Iranian state-run broadcaster, “during these 40 years, more than 400 years of service has been provided to the people.”

The legacy of Iran’s presidents since 1979, shows almost 40 years of bloodshed, suppression and corruption, which has left 80% of the population under the line of poverty.#چهل_سال_دیکتاتوری https://t.co/yrtGCvEHbs pic.twitter.com/JU2CPRqH74

Khatami also attempted to use the bloody torture and executions under the Shah as evidence of how far Iran has come under the Iranian regime. He told journalists, “the SAVAK carried out medieval torture methods. I recently read that there was someone who openly insulted the Shah, directly to the Shah’s face. The Shah ordered that he be thrown in the cage of hungry lions.”

He added, “I want to ask those who say there is no freedom in Iran whether they have seen or read about this? Thank God that there is freedom today and no one gets arrested for their opinion.”

His comments appear in direct contrast to Amnesty International’s latest report which asserts that more than 7,000 political prisoners were arrested by the Iranian regime in 2018, in what it called Iran’s “year of shame.”

The Iranian authorities carried out a shameless campaign of repression during 2018, crushing protests and arresting thousands in a wide-scale crackdown on dissent.https://t.co/QfJw95FYkx pic.twitter.com/ZXhKTseJWY

He also failed to mention the many thousands of political prisoners that have been executed in regime custody. In the summer of 1988 alone, the Iranian regime executed more than 30,000 members of the Iranian opposition group, the People’s Mujahedin Organisation of Iran (MEK).

The State “Deals with Subversionists”

Khatami acknowledged that the regime “deals with subversionists” but added that, “it’s not exclusive to our state. All the so-called democratic states do this.”

He also argued that the state was right to limit internet access and actually advocated for tighter controls. “I believe that those committed to the Islamic revolution and our Hezbollah (regime supporters) youth should enter these platforms, write documentaries and educate people,” he said.

“The command of the internet should be in the hands of the state,” he concluded.

A clear indication of the regime’s fear of Iran Protests

Khatami, who often head’s Tehran’s Friday prayers, hinted at the regime’s fears of what is to come in 2019. He claimed that the Supreme Leader Ali Khamenei had suggested: “the enemy was looking to create mischief for subversion.”

“The signs of mischief are Trump’s remarks which he has made both publicly and privately that they want to overthrow the Iranian state,” Khatami continued. He also accused the US of seeking to destroy the regime in its organization of the Warsaw conference in February.

“The enemy is seeking to create a crisis,” he concluded.

Khatami also made comments in response to speculations that the Supreme Leader Khamenei’s health is in decline. “Thank God that our leader is in his best condition and is keen on exercising and taking walks,” he said. Sources close to the Supreme Leader have revealed that the Ayatollah is suffering from prostate cancer.

“It’s natural that we should also think about the future of the state,” he added. But he affirmed that the Assembly of Experts “had solutions” in the event that Khamenei was to die.