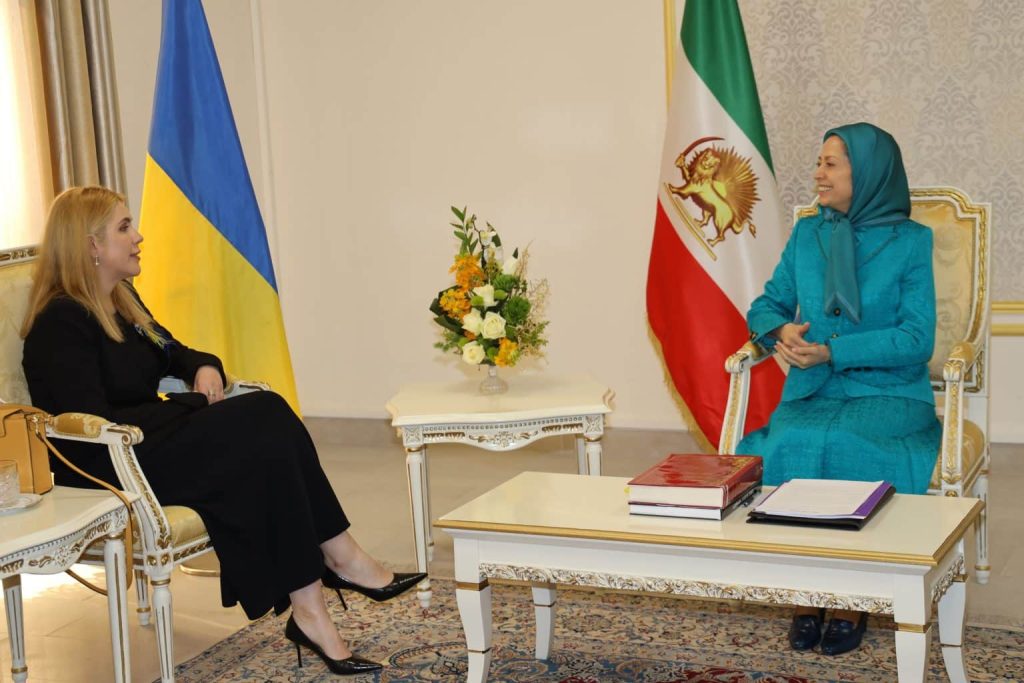 While praising more than four decades of steadfast resilience of the Iranian Resistance against the religious tyranny in Iran, Ms. Rudik said: “It is an honor to see you and to learn from up.

On Sunday, June 5, Ms. Kira Rudik, Leader of the Voice of Ukraine Party and Vice President of  The Alliance of Liberals and Democrats for Europe in the Parliamentary Assembly of the Council of Europe (ALDE-PACE) met with Ms. Maryam Rajavi, the President-elect of the National Council of Resistance of Iran (NCRI) at Ashraf-3, Albania, home to thousands of members of the principal opposition movement, the Mujahedin-e-Khalq (PMOI/MEK).