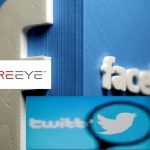 On Tuesday, May 28th, California-based cybersecurity company FireEye released a new report revealing its recent discovery of a network of English-language social media accounts that engaged in “inauthentic behavior and misrepresentation” in support of “Iranian political interests.” Although the determination that the accounts were associated with Iranian political interests was made with “low confidence,” the findings followed similar discoveries last summer of hundreds of fake social media accounts by Iranian regime agents.

Voice of America reported on the revelations by FireEye on Thursday, noting that the newly-uncovered network of fake social media accounts is more sophisticated than the accounts that were identified and taken down last year.

The United States has expressed concern about the most recent effort by the Iranian regime to manipulate Americans through fake social media accounts.

According to the FireEye report, some of the social media users posed as American journalists and activists from both sides of the political spectrum, while others “impersonated real American individuals, including a handful of Republican political candidates that ran for House of Representatives seats in 2018.”

FireEye reported that the fake and spoofed identities were used to manipulate U.S. and Israeli media outlets and journalists into covering specific topics, conducting interviews with chosen individuals, and publishing editorial content.

The same network has been bashing #MEK, #Iran's main democratic opposition again in favor of the dictatorship ruling Iran.
BTW, does @Twitter & @Facebook see any similarities between those #FakeAccount s & @NIAC related accounts who actually lead those campaign?

FireEye senior manager Lee Foster spoke to the Washington Post about the network of falsified accounts. According to a Wednesday article, Foster told the newspaper that “the theft of real-world identities — along with attempts to reach specific, highly influential individuals online — represented a more sophisticated operation than the campaign FireEye identified last year.”

Reuters also reported that “The inauthentic Facebook accounts instead often privately messaged high profile figures, including journalists, policy-makers and Iranian dissidents, to promote certain issues.” The Iranian opposition, namely the MEK has long been subject to a large campaign of disinformation by the Iranian regime related accounts.

The campaign discovered in August 2018 consisted of hundreds of fake social media accounts and news sites that spread pro-regime propaganda. A number of the posts were targeted at the MEK and the Iranian Resistance. The accounts originated within Iran.

Facebook and Twitter both took immediate action in response to the revelations by FireEye. They each released statements saying that they had suspended the accounts of the network from all of their platforms. Both of the social media companies stated that the accounts originated in Iran but declined to identify the owners of the accounts.

In its statement, Facebook said that it had acted on a tip from FireEye and removed 51 personal accounts, 36 pages, seven groups and three Instagram accounts associated with the network on Tuesday after conducting their own investigation into “coordinated inauthentic behavior.”

A spokesperson from Twitter stated that the social media company removed 2,800 accounts associated with the network in early May.

Foster told NBC News that the newest effort by the Iranian regime to infiltrate American politics shows that “actors who engage in this type of influence activity leverage all manner of different tactics and techniques that stretch across a wide variety of media and platforms.” He stressed that “American society must figure out a way to effectively tackle the issue.”

Voice of America Persia emailed the U.S. State Department for comment on the FireEye report. On Thursday, a State Department spokesperson responded, saying that the United States is “deeply concerned” with the reports of “coordinated inauthentic behavior. We have no further comment as to who was behind the accounts.” 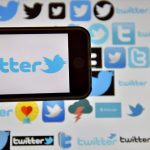 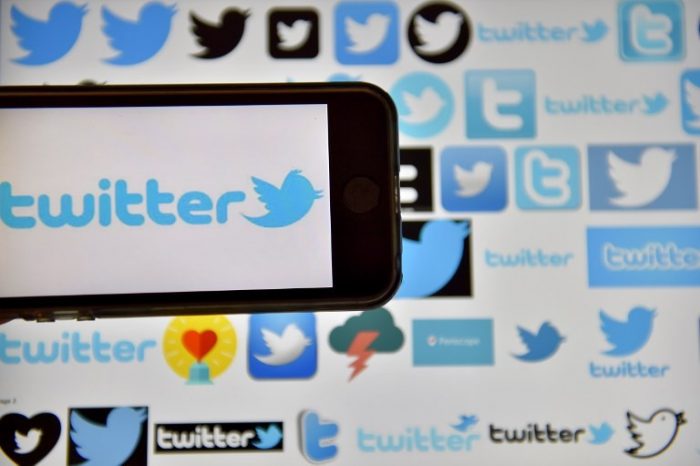 Twitter has terminated 770 accounts used by the Iranian regime to demonize its main opposition, the MEK

In September, Twitter deleted 770 accounts linked to the Iranian regime after discovering that they were used to spread propaganda and misinformation. Facebook, Google, and Instagram had also removed Iranian-regime accounts from their platforms in the around the same time.

On October 17th, Twitter released the content of the deleted accounts. A total of 1,122,936 tweets, along with embedded photos and videos, were released to the public. Although most of the tweets were aimed at influencing the outcome of the 2016 election, a disturbing number of the messages were directed at the MEK and the Iranian Resistance. The newly-released tweets confirm the MEK’s long-held assertion that the Iranian regime considers the MEK to be an existential threat and sees the destruction of the resistance organization as the only way to maintain its claim to power.

In early 2018, the Iranian regime stepped up their Twitter campaign in response to the people’s uprising, which had begun the month before. The misinformation campaign, along with simultaneous acts of suppression inside of Iran set the stage for acts of terrorism against the MEK and the Iranian Resistance abroad.

The majority of the tweets regarding the MEK are in Persian. Other tweets are in English, Arabic, Spanish, French, Albanian, and Pashto, in descending order of prevalence. The tweets first appeared in 2012 and multiplied until 2018, when the accounts were detected and shut down. The accounts published more tweets in 2018 than in all six previous years combined.

The released tweets are an example of the ways in which the regime uses the media and “friendly correspondents” to create a false narrative. The WashingtonPost summed up the regime’s strategy with this headline from October 17th: “Iranians masqueraded as foreign journalists to push political messages online, new Twitter data shows.”

Along these lines, one of the published tweets reads:

According to the recent disclosure, the regime set up multiple accounts and created at least 70 hashtags related to the Resistance. Prior to the annual gathering of the Iranian Resistance in June, the regime created the hashtags #BanTerrorOrg, #BanMEK, #IranHatesMEK, and #No2MEK. The regime claimed in many cases that the hashtags were created by people who hated both the regime and the resistance movement. This is a well-known tactic by the regime’s intelligence meant to confuse outsiders looking for information. The MEK has called agents of the regime out for these ploys many times, but the most common response is that MEK members claim that anyone who opposes them must be an intelligence agent but provide no proof. Now there is an abundance of proof.

The regime focused a great deal of attention on Ashraf 3, the MEK camp in Albania. These are some of the tweets that were disclosed that concern MEK members in Albania:

A number of tweets that are known to have originated from the Islamic Revolutionary Guards Corps (IRGC) and Intelligence Ministry either link to an Intelligence Ministry-affiliated site known as Iran-Interlink or quote intelligence agent Massoud Khodabandeh or his wife, Anne Singleton. These known agents of the Iranian regime were formerly instructed to focus on Camps Ashraf and Liberty and have now been asked to refocus on the presence of the MEK in Albania. The troll accounts retweet the agents and amplify their message, which is a common tactic.

Based on this document&many others Khodabandeh &Singleton are agents of #Iran's criminal Intelligence Min(MOIS). The @Channel4News crew appeared harassing #MEK(Iran's main opposition) filming them without permission& the photos appear on MOIS website.What does that tell you? pic.twitter.com/XjcVI3Hlk6

The following are some of the disclosed tweets which follow this pattern:

Other tweets targeted the MEK’s presence in France or condemned the Iranian Resistance’s annual gathering in Paris:

According to a regime parliamentarian, Iranian Foreign Minister Javad Zarif traveled to France in a failed attempt to cancel the Iranian Resistance gathering. When he was unable to do so, the regime tweeted this message, claiming to be from the MEK:

It does not appear that anyone was fooled by the message.

Some tweets showed the regime’s furor over American support for the Iranian Resistance:

The regime’s hostility toward Mrs. Maryam Rajavi, President-elect of the NCRI, and Massoud Rajavi, leader of the Iranian Resistance, is clear in the disclosed tweets. The vulgarity and crudeness masks a deep fear though. The regime spent a great deal of time, effort, and hate demonizing not only the MEK but Mrs. Rajavi specifically. These are not the actions of confident, competent leaders. These are frightened children lashing out.

As the officials of Twitter stated on October 17, 2018, “It is clear that information operations and coordinated inauthentic behavior will not cease.”

The mullahs will attempt to deceive until the day they are overthrown. Let that day be soon.