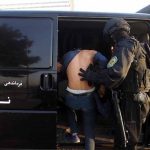 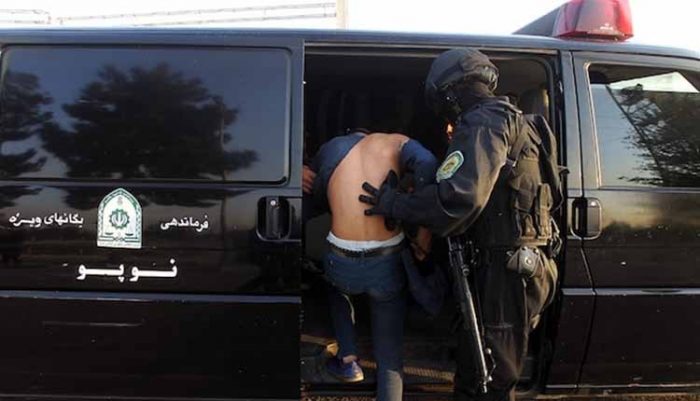 The Iran Human Rights Monitor has released a report on the widespread torture and cruel treatment of those in custody in Iran for political reasons. The organization compiled reports from prisoners and their families, painting a picture of rampant human rights abuses and ill-treatment.

The clerical regime rounds up and detains members of the political opposition before protests begin. The regime targets known political opponents and arrests them ahead of protests in an attempt to limit the public turnout.

Iran Human Rights Monitor reported members of the political opposition, including the People’s Mujahedin Organisation of Iran (MEK), were being arrested in Yazd, Bushehr, and Gonaveh.

Those arrested were taken to premises used by the Islamic Revolutionary Guards Corp (IRGC) and aggressively interrogated. The regime pressured the prisoners to make a false confession to a fabricated claim. They then told the prisoners the only way they could ensure their release was by making a public statement against the MEK.

The regime has adopted a number of measures to identify its political opponents. The mullahs use plainclothes agents to identify leaders at protests.

Once identified, the agents follow the protestors to a secluded area, then attack them with tasers and abduct them using a motorcycle or vehicle.

In other instances, plainclothes agents recorded the protests and used the footage to later identify ringleaders. In some cases, there have been reports of government agents using the footage from public security cameras to identify members of the Iranian resistance.

One protester recounts, “they attacked and detained me and took me for interrogation. They showed me various videos which indicated that I had participated in the demonstrations. The videos were recorded via security cameras in the square.”

One prisoner in Arak remembers how plainclothes agents bundled him into the trunk of a car and took him to a deserted area. Once away from the city, the agents beat him with PVC pipes. The beatings and interrogations lasted nine days.

Another protester, who was held in Shahin Shahr Prison during the December and January uprisings, remembers prisoners being “beaten constantly with batons and sticks”. “They made a human tunnel through which the detainees had to pass. The agents on either side of the tunnel beat the detainees with batons and shoved them to each other”, he said.

Another prisoner recalled being flogged and beaten so badly, he passed out a number of times. In Isfahan’s Dastgerd Prison, one 20-year-old prisoner was beaten so extensively he began having seizures. An eyewitness described how agents ignored the young man and accused him of faking it.

Many of the beatings took place against prisoners without a formal charge.

Iran Human Rights Monitor has sufficient evidence to conclude that many of the political prisoners were taken to Rajaie Shahr Prison’s Section 8. The Ministry of Intelligence runs Section 8. Its staff do not answer to the Iranian Prison Organisation, only to the clerical regime.

In Evin Prison, reports emerged of detainees being subject to electric shocks. Many were also flogged and hung by their hands. The constant threat of execution was also a recurring theme.

One prisoner remembers how agents repeatedly told him “we’re taking you for execution”. Others were urinated on, threatened with rape, or had their beards cut as a gesture of humiliation.

A male prisoner was told that if he did not reveal who he was in communication with and where he was sending videos of the protests, his detainer would “have 20 people rape him and take pictures of it”.

A female prisoner held in Section 209 told Iran Human Rights Monitor that her detainer told her, “I will burn you with an iron and pull out your nails. I will beat your children in front of you and then kill you.”

A large number of those arrested during the December 2017 and January 2018 protests ended up in Section 209. Here they lived under the constant belief that they were to be hanged. Even those who had no criminal charges and had not confessed to any wrongdoing were held here.

Those that were not taken here, were often moved around. Some prisoners recall being moved every two to three days.

The United Nations Human Rights Council and the UN Security Council cannot allow Hassan Rouhani’s regime to get away with these atrocities. The Iranian people need the help of the international community.

Edmund Burke once said, “the only thing necessary for the triumph of evil is for good men to do nothing”. The UN Security Council cannot afford to do anything. If it does, the mullahs have won and evil has triumphed.