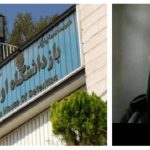 Written by Amineh Qaraee on January 16, 2022. Posted in NEWS 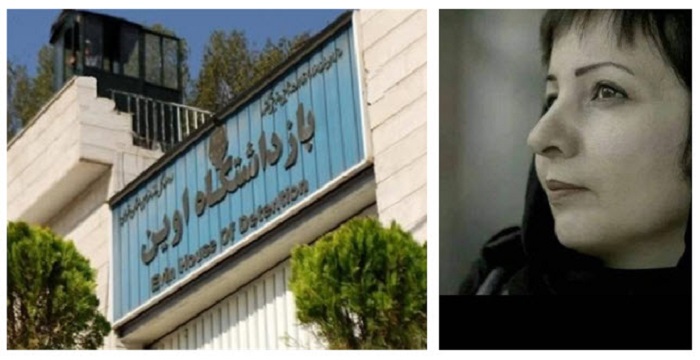 Aliyeh Motallebzadeh On November 26, 2016, she was summoned and arrested by the Intelligence Ministry.

On Monday, January 10, the administrators of Evin Prison transported Aliyah Motallebzadeh to Qarchak Prison on the orders of Tehran’s Prosecutor. According to a reliable source, all phones in Evin’s women’s ward were disconnected once the news was announced on Monday afternoon. Aliyeh Motallebzadeh, a women’s rights activist and photographer, is the vice-president of Iran’s Association of Freedom of the Press. On October 11, 2020, she began serving her sentence in Evin Prison. 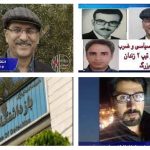 Written by Amineh Qaraee on January 13, 2022. Posted in NEWS 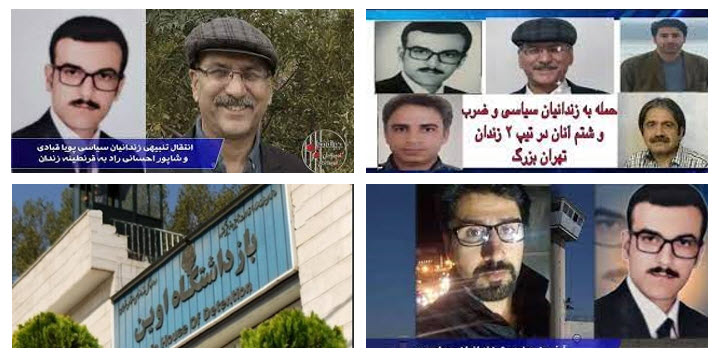 Among the charges was the event in which the six men were beaten. On October 8, 2021, prison officials hired several violent criminals to attack the men, who were severely beaten and stabbed with knives.

Six political detainees at the Greater Tehran Penitentiary appeared in court on January 8 to face new accusations, just months after they were beaten by violent criminals hired by prison officials. Political prisoners Akbar Bagheri, Pouya Ghobadi, Shapour Ehsani Rad, Esmail Gerami, Alireza Farshi, and one other prisoner were arrested and charged with ‘rioting in jail’ at Hassanabad Fashafoyeh Criminal Court Branch 101. The fraudulent charges were brought against them when prison officials complained that the inmates were rioting, participating in prison protests, and celebrating in the facility.

Political prisoner Golrokh Ebrahimi Iraee remains hospitalized in Revolutionary Guard Corps (IRGC) Baghyatollah Hospital in Tehran after a hunger strike that has stretched past 70 days. Since entering the hospital, Ms. Iraee has refused intravenous nutrition, stating that she wishes to continue her hunger strike.

Ms. Iraee was arrested by police and suppressive forces after they raided her house and conducted a warrantless search. Among the items found during this search were private and unpublished writings, which were used as evidence against her in court. The presiding judge in her case called her writing “offensive to Islam” and sentenced her to six years in prison for “insulting Islam.”

Ms. Iraee, began her hunger strike in objection to her illegal transfer from Evin Prison to Qarchak prison (criminal ward), for expressing support for last December’s national uprisings in Iran. The former chicken farm is overcrowded, and its prisoners are subjected to appalling conditions, including lack of food and clean water, no access to medical care, and poor ventilation. Violence in the facility is rampant, and there have been reports of violence between prisoners as well as frequent attacks by wardens.

On April 8th, Ms. Iraee’s father was finally allowed to visit her in the hospital after being previously turned away.  Security conditions were heavy during the visit, during which Ms. Iraee expressed her intention to continue her strike.

Hunger strikes have become common among political prisoners in Iran, who often feel that they have no other way to raise their voices against the oppressive regime. Harsh prison sentences and torture are routine for those who speak against the fundamentalist mullahs currently in power. Ms. Iraee was punished not for public speech or actions, but for her private writings.

Many prisoners at Gohardasht Prison in Karaj and the Central Prison of Orumiyeh in northwestern Iran have sent letters of support to Ms. Iraee as she continues her protest. In their letters, they lauded her resilience and strength in the face of oppression.

The ruling regime has responded to the recent widespread uprising with harsh attempts to suppress its citizens, but the people continue to demand change. During the recent uprising, people chanted “down with the Supreme Leader” and “down with Rouhani”. Despite efforts of the Iranian regime to silence the people, the cries for freedom have become too loud to ignore.