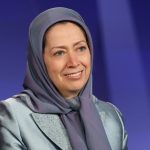 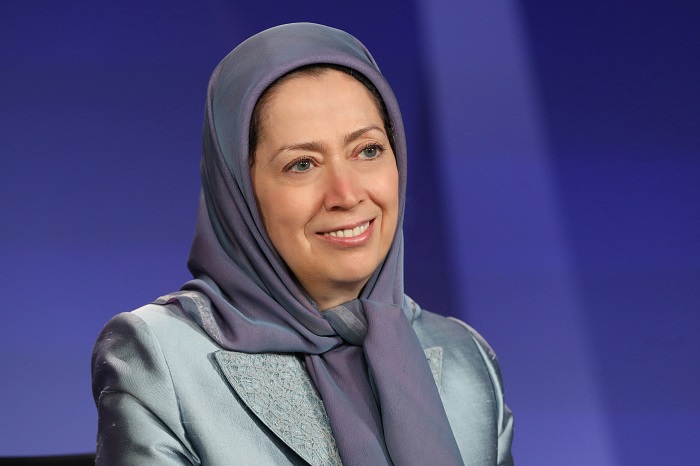 Archive photo-Maryam Rajavi, the President-elect of the Iranian opposition during a speech to the Paris conference, “Mullahs’ Regime in Crises”-December 16, 2017

Mike Pompeo, the US Secretary of State, made a speech in Cairo outlining the termination of the United States’ policy of appeasement towards the ruling mullahs in Iran. He said,

“we joined the Iranian people in calling for freedom and accountability”, adding, “the age of self-inflicted American shame is over, and so are the policies that produced so much needless suffering.”

He reiterated the need to form strategic partnerships with the mullahs’ international enemies, suggesting that when these forces collaborated, they were able to “advance.”

Following his statement, Maryam Rajavi, president-elect of the Iranian opposition, which includes the People’s Mujahedin Organisation of Iran (MEK),  welcomed Pompeo’s announcement and welcomed an end to the policy of appeasement that has characterized US Iranian policy for decades.

She reiterated that the Iranian regime relied on a climate of fear, instilled by the accumulation of long-range weapons of mass destruction, violations of human rights at home, and the export of state-sponsored terrorism abroad.

Mrs. Rajavi asserted that the only way to end the religious fascism that has typified this regime is through the Iranian public and their unwavering pursuit of regime change.

She reiterated the importance of international governments and organizations recognizing the National Council of Resistance of Iran (NCRI) as the only viable democratic alternative to the Iranian regime.

Maryam Rajavi and the MEK have long advocated for a transition to a democratic Iran. She has put together a ten-step plan to democracy that would ensure a smooth transition from the authoritarian dictatorship under the mullahs, to a free Iran governed by principles of a secular democracy.

#MaryamRajavi's statement welcomes @SecPompeo's announcement that the U.S. will no longer protect #Iran’s ruling mullahs &his emphasis that“We joined the Iranian people in calling for freedom &accountability.”&an end for the policy of appeasement.#FreeIranhttps://t.co/VP47yutZtH pic.twitter.com/lBUImTviuV

Maryam Rajavi and the MEK advocate the following measures to help bring democratic governance to Iran: