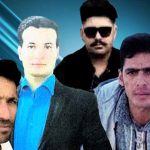 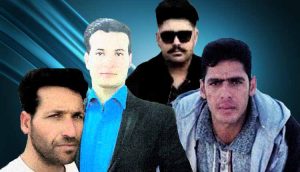 Iran Human Rights Monitor’s report on the situation of human rights in Iran.

On Tuesday, the Human Rights Monitor Monthly Report for May 2018 was published.  The report documented widespread human rights abuses by the Iranian regime. Incidents cited included 16 executions, five flogging sentences, and 17 murders. In addition, there was an increase in the intimidation of prisoners, a number of street vendors were beaten, people’s homes were destroyed, and peaceful protests were suppressed by the regime. Finally, an elementary-school-aged girl’s hair was cut for improper veiling.

Perhaps the most disturbing abuses detailed in the report occurred in Kazerun, where peaceful protesters were violently attacked by security forces. Video showed agents of the regime opening fire on the protesters from a rooftop, killing four and wounding several more. The regime’s security forces, including agents dispatched from Shiraz and Tehran, arrested many of the protesters in their efforts to suppress the widespread anti-regime uprising that has spread across Iran since last December.

The Iran Human Rights Monitor logged 410 arrests across Iran in May, including 148 politically motivated arrests, seven arrests on religious and ethnic grounds, and 255 social arrests.

In Iranian prisons, two inmates committed suicide in response to inhumane conditions and at least one more died after being denied medical care. 16 inmates went on hunger strikes in protest of the denial of their rights. According to Hassan Moussavi Chelak, the head of Iran Social Aids Association, 459,660 inmates were added to the prisons’ population in 2017. Chelak used numbers provided by the regime, which are notoriously unreliable, so it is likely the real numbers are much higher.

According to the Iran-HRM report, women who are imprisoned in Iran faced harsh conditions. Women are incarcerated with their young children, meaning that many of these children have never known life outside of prison walls. Women who are part of religious minorities fare even worse. Yaresan women in the Qarchak Prison in Varamin suffer from horrible treatment in harsh conditions. One Yaresan woman arrested in a recent protest was badly injured but has been denied medical care while in prison.

A large number of those incarcerated in Iran’s prisons are there because of poverty caused by the regime’s policies. The state-run ISNA news agency interviewed Asqar Jahangir, the head of Prisons Organization, who  said: “We have about 18,000 prisoners related to financial crimes who are jailed for unintentional crimes. These inmates have financial convictions like they have written promissory notes or have been a surety and not being able to pay the money. Also there are inmates who have had accidents in their workshops, written a NSF check, and not paid the alimony or dowry. The number of dowry cases are very high… We have 3000 prisoners because of dowry from which 466 cases can be freed by paying less than 10 gold coins but because they cannot pay it, they are still in jail.” Jahangir added: “73% of prisoners have said that poverty is the reason for their imprisonment. 43% of prisoners are illiterate and suffer from cultural poverty. 17% of them are jailed for dangerous behaviors.”

Human rights abuses under the ruling regime are a constant and growing atrocity. The MEK believes that the only solution to the suffering of the Iranian people is regime change, and the recent uprising across Iran shows that the people of Iran agree.