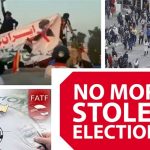 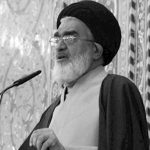 Written by Admin on January 29, 2019. Posted in NEWS, PMOI/MEK Support in Iran 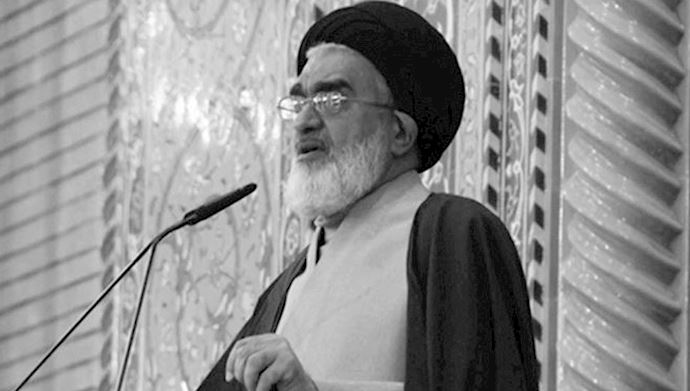 On Friday, Seyed Mohammad Saeedi, the mullahs’ regime’s Friday prayer leader in Qom, central Iran, visited Mashhad, northeast Iran, to deliver remarks before the official Friday sermon. His words illustrated the regime’s fear of the MEK and acknowledged outright that the mullahs see the MEK as an existential threat.

Saeedi said, “The state’s war against the [Iranian opposition People’s Mojahedin Organization of Iran (PMOI/MEK)] and the global front of our enemies is an existential battle. And they want to get rid of us.”

Friday prayer leaders are high-ranking insiders within the regime and act as the mouthpiece of regime Supreme Leader Ali Khamenei in their weekly sermons, which are delivered in every city in Iran.

Saeedi went on to discuss the MEK’s vast support and influence, saying, “The enemy’s front is vast. It is not limited to the borders, such as the era of the Sacred Defense (referring to the Iran-Iraq war back in the 1980s)… This is one of the enemy’s fronts. The enemy is attempting to infiltrate through all fronts, all channels. They are everywhere, especially through new technology through devices and tools that they have, they have infiltrated into our homes, the markets, the universities, the religious centers, in cyberspace, inside the country and abroad. This enemy has spread everywhere.”

He continued, “The message of the Islamic Republic of Iran to the U.S. and all the vast arrogant front and the [PMOI/MEK], and all their agents who are fighting against… What does it mean when I say our war against the enemy is over our very existence? It means that our enemies want to overthrow us. The nuclear, missiles, human rights, our substantial advances, the issue of our presence across the region and everything else are all pretexts.”

Saeedi also made comments about the Iranian regime’s reluctant decision to attempt to comply with the conventions of the Financial Action Task Force (FATF), a move he considers to be a poor choice.

“The FATF issue that some officials aren’t letting go,” he said. “I don’t know much but I do have a few things to say regarding this subject.”

Saeedi explained some of his issues with the FATF. “One issue is that today we are involved in an economic war,” he said. “In war, the issue of camouflage is highly important in the front lines. Those who don’t abide by this principle and it is made known when they intend to attack, they are already defeated. They want to disarm us; they want to accuse us through a law that we will have signed ourselves. [Khamenei] considers this economic war more important than military warfare. He said our war is an economic war. Cannons, bullets, and rifles are not used in this war. However, the tools are far more dangerous than cannons and tanks. This is very sensitive. We all know the world has launched an economic war against us. In an economic war, they want us to sanction ourselves and destroy us.”

Saeedi would like to place the blame for the regime’s economic and social instability on the MEK and the international community. As a mouthpiece for the regime, his remarks are telling. No consequence will ever be enough for the regime to take responsibility for its actions. The mullahs will also pass the blame to someone else and refuse to take any actions to change the ongoing crises within Iran. The current regime is unwilling to change. Reform is impossible. Regime change is the only answer.