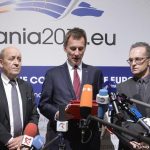 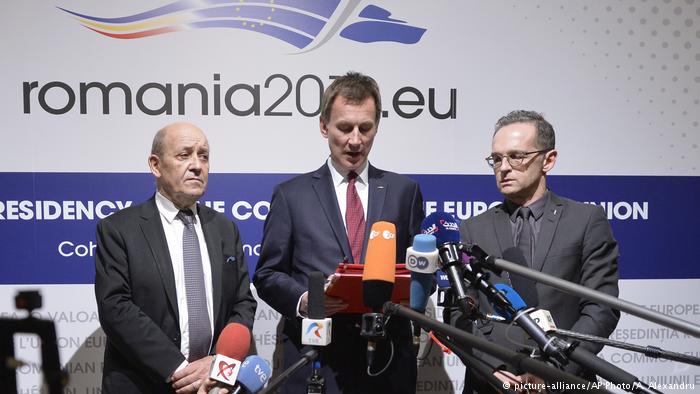 The Foreign Ministers of the UK, France and Germany announced the formation of a payment channel with Iran called INSTEX- January 2019

It remains unclear exactly how Europe’s INSTEX financial mechanism will impact the Iranian regime. Originally developed as a way to circumvent US sanctions against the Iranian regime, INSTEX continues to baffle regime pundits and analysts.

For the Iranian regime’s state-run media, INSTEX does not go far enough. On May 7, the state-run media broadcasted the following analysis of Europe’s INSTEX program: “After the U.S. exited the JCPOA, the Europeans were supposed to provide for Iran’s interests under the JCPOA framework. However, after one year, Europeans did not want or could not cover those interests.”

The regime criticized Europe: “Europe promise was downgraded to a limited and narrow channel that hasn’t been made operational until now.” Iranian Foreign Minister Javad Zarif echoed these criticisms, asserting that Europe had respected “only one percent of its obligations in real terms.”

The European Union (EU) sees the situation differently. Federica Mogherini, the EU’s High Representative for Foreign Affairs and Security Policy, said: “We are obliged to fully respect all the obligations that are provided by the JCPOA and this must mean for the Iranians to respect all their nuclear obligations.”

The German Foreign Minister Heiko Maas urged the Iranian regime to understand the reality of the situation He said: “We’ve made it clear to Iran that we don’t have the capability to cover the losses of European companies who are hit by losses in their business with Iran because of the threat of U.S. sanctions.”

Hope for the Regime?

For Foreign Minister Javad Zarif, INSTEX is a source of hope for the regime. The regime has launched SATMA, its version of INSTEX to facilitate trade between Europe and the regime. He also suggested that SATMA would deal with other stakeholders including Russia and Turkey.

However, the state-run Mehr news agency is less hopeful. It saw Zarif’s optimism as a “bitter joke” and warned that INSTEX is still a pipe dream. “INSTEX is still limited to talk and registration and is far from implementation,” it said.

Tasnim news agency also expressed concerns that without a bank or financial institution willing to cooperate with INSTEX, the company would be unsuccessful in circumventing US sanctions. An unnamed economic official was quoted saying: “Unfortunately, the sanctions have resulted in a situation that no bank is ready to do business with Iran.”

“Now, three months after INSTEX was established, it appears that Iran and Iranian businessmen have got ‘nothing’ and INSTEX has not been able to open a route for trading between Iran and Europe,” Tasnim concluded.

One thing is clear from the debate raging over INSTEX: it will not be the silver bullet the regime was hoping to render US sanctions ineffective. Whatever happens, the US sanctions are biting and the regime’s future in power is looking more precarious by the day.