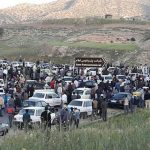 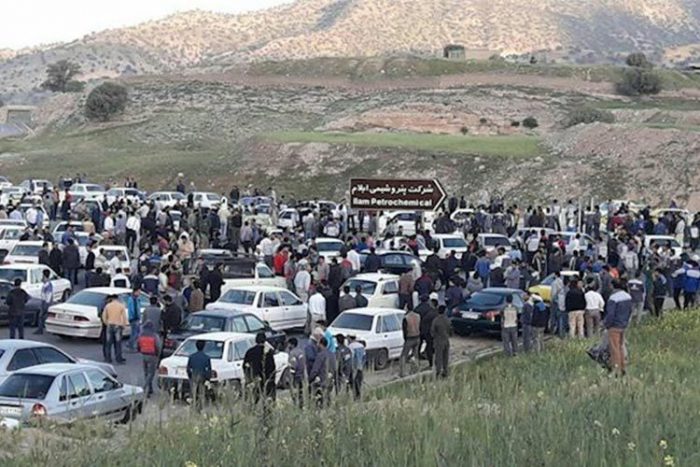 Petrochemical Plant Workers who had protested laying off colleagues and unemployment have been arrested and sentenced to long-term prisons.

On October 14th, the workers of the Ilam Petrochemical Plant were arrested and charged with “disrupting public order and peace” by the 104th Branch of the Ilam Penal Court.

The workers were punished for staging a sit-in outside of the factory this spring that lasted for several days and closed all roads leading to the factory. The factory workers were protesting unemployment of local workers and the recent layoffs of 11 experienced workers from the Ilam Petrochemical Plant.

The Ilam Petrochemical Company was founded in 2003 in order to market petrochemical and chemical products, including ethylene, propylene, and polypropylene.

Flogging sentences have become more common in Iran as the regime struggles to repress the growing protest and strike movement. In October, the state-run ILNA news agency reported that the 106th Branch of the Arak Penal Court sentenced 15 HEPCO workers to one to two years of prison and 74 lashes for “disrupting public order” and “instigating workers via the internet to demonstrate and riot” in a preliminary hearing.

The workers were arrested for protesting for their unpaid wages and against the unclear future of their company in May.

Many of the recent workers’ strikes in Iran have been caused by unpaid wages. The MEK has supported these workers’ strikes, including the most recent strikes by the Haft Tappeh Sugar Mill workers and the Ahvaz Steel factory workers. The workers believe that the regime’s corruption is responsible for the workers’ problems.

According to Iran’s Labor Code, citizens do not have the rights to form independent unions, even though Iran ratified the United Nations’ International Convention on Civil and Political Rights and membership in the International Labor Organization.

Workers in Iran are increasingly demanding their rights, and they are placing the blame for the lack of rights at the feet of the regime. The problems faced by Iranian workers will not be solved until the regime is toppled and democracy is restored to the country.