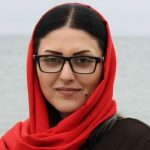 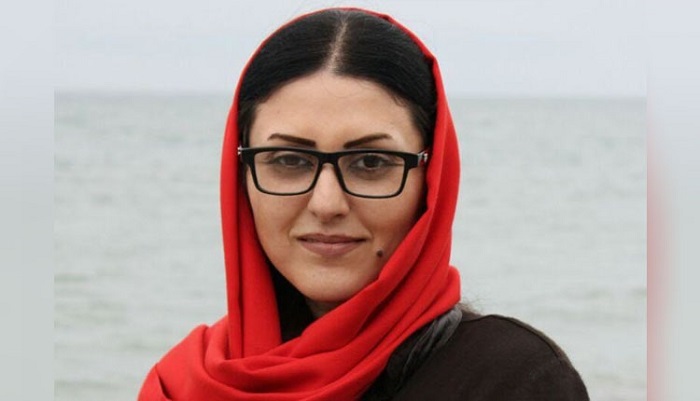 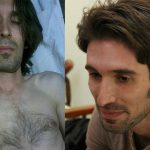 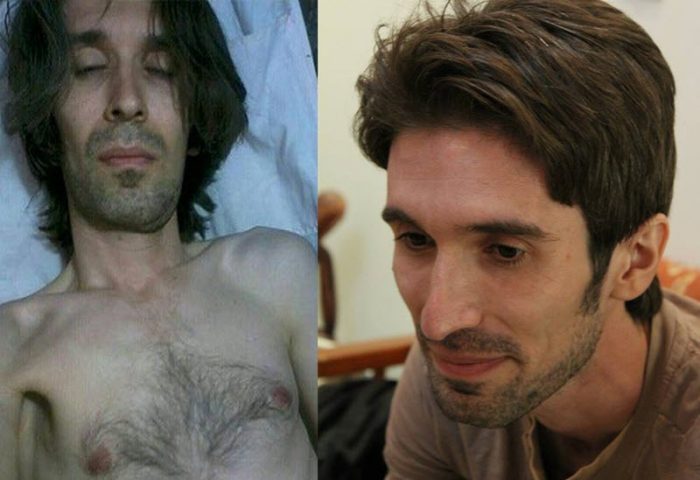 Arash Sadeghi, a political prisoner, that has been denied medical care

The Iranian regime is once again refusing to allow a critically ill political prisoner access to lifesaving medical care. Arash Sadeghi has a rare form of bone cancer and is being denied a transfer for specialized medical treatment, despite the recommendations of his doctors and his deteriorating condition.

The 38-year-old Sadeghi was sentenced to 19 years in prison for his peaceful human rights activism, which included speaking to Amnesty International and media outlets about human rights and the illegal 2009 Presidential election in Iran. He was convicted of “acting against national security, attending protests, defamation of the supreme leader, forming illegal groups, and propaganda against the regime” and sentenced to 15 years. He had been given a four-year suspended sentence in an earlier trial, and this was added to his new conviction.

Sadeghi disputes these charges, saying that they were fabricated by the regime judiciary and the Revolutionary Guard Corps.

Sadeghi has had medical issues since being transferred to Raja’i Shahr prison in Karaj in June 2016. Physicians believe that his problems stem from an untreated shoulder infection that developed after surgery, leaving him with severe arm pain. Infections are common in Iranian prisons, where hygiene conditions are poor and medical care is substandard.

Sadeghi was finally sent to a medical center, where doctors found a malignant tumor in his shoulder and recommended that he be transferred immediately to a hospital where he could receive treatment for cancer. Prison authorities blocked this request, though, and denied all requests for further treatment. Sadeghi has even been denied checkups by prison doctors. Sadeghi was initially not even informed that he had cancer.

Sadeghi has been denied hospital care since September, and his shoulder infection continues to worsen. He is no longer able to move his right arm at all.

Amnesty International launched a campaign in September in an attempt to compel the Iranian regime to transfer Sadeghi to the Cancer Institute. The Amnesty Campaign followed an earlier plea to the Prosecutor’s office in Tehran from Sadeghi’s family to authorize his transfer so that he could undergo further tests.

The Amnesty campaign stated: “Arash’s life is hanging in the balance – medical staffs are saying that “time is of the essence” … The Iranian authorities [need] to release Arash immediately and ensure he gets the specialized medical care he needs.”

The campaign gathered 11,000 signatures but was ignored by the Prosecutor’s office and prison authorities. Sadeghi is still badly in need of treatment.

The regime is well-known for its treatment of political prisoners. In 1988, the regime rounded up 30,000 political prisoners, most of them MEK members, and executed them in groups because of their political beliefs. The regime has still not been held accountable for this crime against humanity, despite calls from numerous human rights groups, including Amnesty International, and the families of the MEK members who were massacred.

Golrokh Ebrahimi Iraee, Sadeghi’s wife, is also currently a political prisoner in an Iranian prison. Iraee was given a six-year sentence after security forces discovered a fictional story she had written in a journal during a raid of her home. Iraee’s story was about women who were stoned to death by the Iranian regime, a practice that is still in use today.

Iraee was hospitalized at the time of her trial and was unable to mount a defense on her behalf. The judge in her trial, Abolqasem Salavati, refused to postpone the proceedings until she could be present and convicted her in absentia of “collusion against national security,” “propaganda against the state,” “spreading lies in cyberspace,” and “insulting the founder of the Islamic Republic [regime Supreme Leader Ali Khameini]. Her conviction was upheld on appeal.

Sadeghi went on a 71-day hunger strike to protest his wife’s sentence. The strike received international attention but left him with a number of health issues.