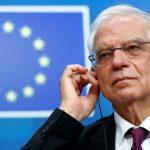 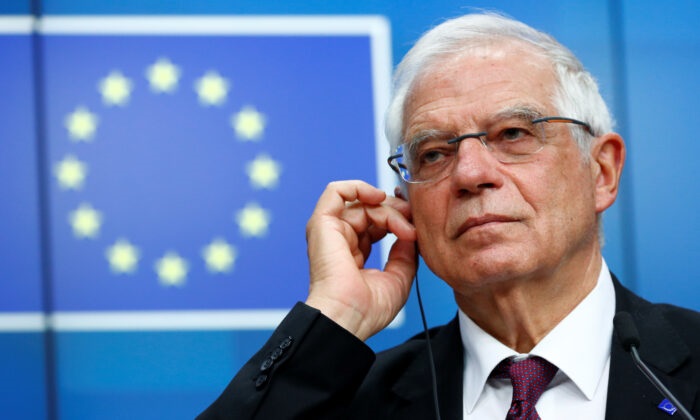 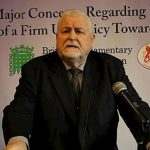 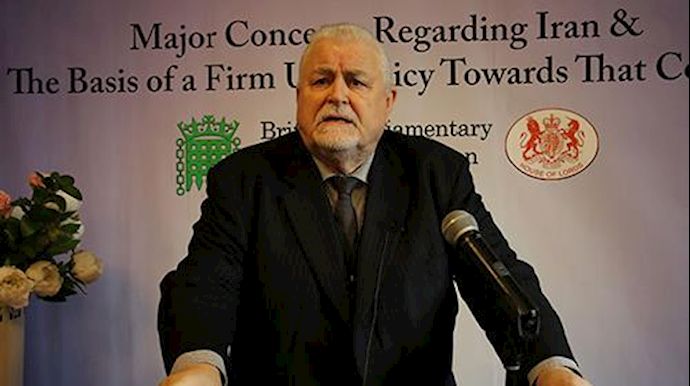 Lord Ken Maginnis, who sits in the United Kingdom’s Parliamentary House of Lords, called out European leaders who wish to preserve the status quo with Iran as “divorced from reality.”

The diversion between US and European attitudes towards the Iranian regime has appeared since the Trump administration took office. Under President Trump, the US has adopted a firmer stance towards the Iranian regime over its support of international terror and blatant human rights abuses. The President pulled out of the Iran nuclear deal and re-introduced economic sanctions.

However, Europe has been reluctant to follow the US’s lead. Many UK, French, and German lawmakers believe salvaging the Iranian nuclear deal is preferable to slapping economic restrictions on the Iranian regime and cutting off Iranian markets. Maginnis writes, “what they fail to take into account is the strong possibility that this and any other deal may be rendered null and void anyway, by domestically driven regime change.”

A Year of Unrest

2018 represented a year of unrest for the Iranian regime. What began in the nationwide uprising of December 2017, continued across all 31 provinces of Iran in the form of isolated protests among workers, teachers, students, merchants, truck drivers, investors, pensioners, and farmers.

Each time a protest emerged, and Iranians took to the streets, the regime responded with brutality and violence, imprisoning thousands of Iranians and torturing and executing many.  “But this did not prevent Iranians in countless localities from returning to the streets over and over again throughout 2018 to repeat provocative anti-government slogans and give shape to what was described as a “year full of uprisings” by Maryam Rajavi, the leader-in-exile of Iran’s democratic resistance movement,” Maginnis writes.

A Ten-Point Plan for Democracy

Mrs. Rajavi, the president-elect of the National Council of Resistance of Iran(NCRI), has a ten-point plan for restoring democracy in Iran. Her plan would see an Iranian government with democratic legitimacy, committed to the values of equality, secularism, and religious freedom.

What Europe fails to see is that Mrs. Rajavi’s dream is approaching reality. Demonstrations, both within Iran and abroad, are increasing in frequency and size. The MEK now has a host of support from prominent international politicians, including Donald Trump’s personal lawyer and former mayor of New York, Rudy Giuliani, and the National Security Advisor, John Bolton.

Last week, this was on display when governments from around the world convened in Warsaw at the behest of US Secretary of State Mike Pompeo to discuss the Iranian threat. As the politicians convened, the MEK and its supporters staged protests to call on Europe to protect their national security interests, help bring stability to the Middle East, and protect the abused and downtrodden Iranian population by adopting a firmer stance towards the Iranian regime.

It is in Europe’s interests to do so. Maginnis charts the increased threat of Iranian state-sponsored terrorism poses to those across the globe. The regime was involved in terror plots on French, American and Albanian soil last year. It was also behind attempted assassinations in the Netherlands and Denmark. As the regime becomes more violent in the face of mounting internal challenges, Maginnis argues that to ignore the escalating Iranian threat is to be “divorced from reality.”

“The notion of internal moderation by the existing regime has been proved over 40 years to be a fantasy,” he writes. “But now that [the] regime is clinging to power with all the violence at its disposal, the long-term survival of that regime is revealing itself to be a fantasy as well.”

Maginnis is clear that he is not calling for the US and Europe to interfere in Iranian affairs to bring about regime change. He decries imposing regime change on a country that “is not ready for it.” But he is also clear to point out that Iran is increasingly resembling a country that is ready for it. By “encouraging support for the Iranian people who, under the leadership of the NCRI (National Council of Resistance of Iran) and Maryam Rajavi, have been making great strides toward democracy on their own.”

Maginnis concludes that it is becoming impossible to ignore the voices of the Iranian people who are overwhelmingly calling for regime change in the country. He asserts, “it is now time for the careless UK and European politicians to recognize the legitimacy of the Iranian Resistance and to help it in achieving its democratic aims.” He concludes, “it is long past the time for the reluctant UK and European Press to grapple with the moral reality of having downplayed the 40 years of pseudo-religious persecution of a people who know better, seek better, and deserve better.”