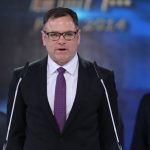 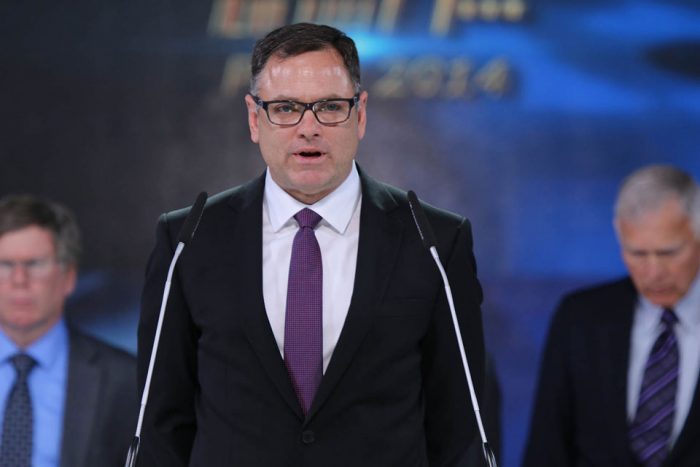 Colonel Thomas Cantwell, a retired military officer and employee of the United States Army who served in both Iraq and Afghanistan, wrote an op-ed for Real Clear Defense calling for sustained pressure towards the Iranian regime.

His comments came a week after the White House announced its decision to include the Iranian Revolutionary Guards (IRGC) on its terror blacklist. It is the first time a US Presidential administration has included the regime’s repressive organ on the list of foreign terror organizations (FTOs).

Cantwell describes how the decision was emblematic of Donald Trump’s policy of “maximum pressure” towards the Iranian regime. In his speech announcing the decision, Secretary of State Mike Pompeo suggested that the decision would be part of a wider effort to “ratchet up pressure” on the brutal regime.

The IRGC is Instrumental for the Regime’s Survival

“The president’s announcement correctly identified the powerful, hardline organization as the regime’s primary instrument of terrorism as a form of statecraft,” Cantwell wrote.

The IRGC is active across the Middle East. Its troops and resources have been discovered operating in Syria, Yemen and Lebanon. There is not a single conflict in the Middle East in which the IRGC does not have a disruptive, destabilizing influence.

At home in Iran, the IRGC is one of the regime’s organs of repression through which it crushes political dissent. Its plainclothes agents arrest members of the Iranian opposition and the People’s Mujahedin Organisation of Iran (MEK) at their peaceful protests. They also carry out torture and kidnapping operations against MEK members.

Following the FTO designation, the Washington Post called the IRGC, the “single most effective guarantor of the regime’s survival.”

They Are Being Stretched to Their Limit

Cantwell describes how the IRGC is already under immense pressure within Iran. He writes, “the mass uprising last year stretched the repressive capabilities of the IRGC to their limit. Had the IRGC been weakened ahead of time by global economic isolation, the public protests might have forced the clerical regime further into domestic isolation, precipitating its collapse.”

The protest movement within Iran is gaining momentum under the leadership of the MEK. The new designation will severely weaken the IRGC at a time when the regime will need to rely on it to quell protests.

The regime’s “actions on the world stage have been indicative of its escalating desperation in the face of the dual pressures of its own people and the international community,” Cantwell writes. This desperation can be increased with sustained pressure from the US and its international allies.

For Cantwell, once the IRGC is stretched beyond its means and the protest movement intensifies, the regime will have nothing left to protect it. It will inevitably collapse.

Filling the void left by the regime will fall on the MEK’s shoulders. The Iranian opposition President-elect Maryam Rajavi has a ten-point plan for restoring democracy in Iran. It promises Iranians a secular future with an independent judiciary, gender equality, and religious freedom, without nuclear weapons and the death penalty.

But to fully realize this dream, the US must tackle the other repressive organs within the regime. The first on the list, Cantwell argues, should be the Ministry of Intelligence (MOIS).

The MOIS has been behind many of Iran’s terror plots abroad, including the one last June that intended to detonate a car bomb at the MEK’s annual Grand Gathering event in France.

“As Tehran watches the walls closing in, it will surely shift some of its resources from a newly isolated IRGC to an intelligence service that still enjoys a foothold,” Cantwell writes. “In this sense, the terror designation could represent a greater danger to the West,” he continues, “but only if the US and its European allies fail to follow up by keeping the pressure on Tehran.”

Cantwell finished with a message of hope. “On the other hand,” he writes, “if they do so,… they will critically impede the Iranian regime’s strategy for maintaining its grip on power.” This would signal support for the Iranian public and help usher in a new democratic dawn for the Iranian people.