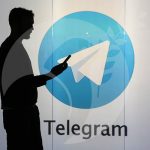 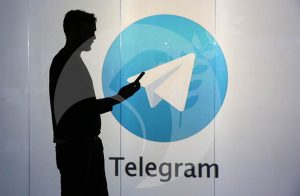 The Iranian regime stepped up its efforts to intimidate its people through harsh prison sentences and practices this week. In one case, every member of a church was sentenced to a year in prison for the crime of practicing Christianity. In another case, a Telegram activist who has been held in Iran’s notorious Evin Prison for over two years was transferred to a ward controlled by the Ministry of Security and Intelligence Services (MOIS), according to MEK sources inside Iran.

Article 18, a group that supports Christians in Iran, tweeted about the sentence on Thursday: “A Christian couple has reported that a court in Boushehr has just sentenced them and ten other Iranian Christians to one year in prison each for ‘Propagating against the Islamic Republic in favor of Christianity.’ This group of Christian converts was arrested on April 7, 2015.”

Last week, the Christian website Mohabat News wrote that the couple was charged with “orientation toward the land of Christianity.” On Friday, President of International Christian Concern Jeff King confirmed that every member of the church’s congregation was sentenced to one year in prison.

According to King: “Getting information on the arrests of Christians is incredibly challenging given the heavily censored nature of Iran. But based on the cases we have been tracking, this is the first time this year that we’ve seen a jail sentence being given based on the charge of ‘inclination to the land of Christianity.’ This could be interpreted as a reference to Israel, the birthplace of Christianity and also a country that Iran has adopted a very aggressive stance towards.”

According to the U.S. State Department’s 2017 report on International Religious Freedom in Iran, Christianity is legally recognized as a religion in Iran, but it is illegal for Muslims to convert to any other religion, including Christianity.

The State Department report says that in Iran the death penalty may be imposed on non-Muslims who try to convert Muslims to other faiths, as well as anyone who creates hostility against God or insults the Prophet. The laws are written intentionally to be vague so that they may be used against anyone who is perceived to be a threat against the regime. These charges are often brought against political prisoners, religious minorities, and those who question the regime or its policies.

The State Department report also notes that the Iranian regime is well-known for its history of harassing, intimidating, and jailing Iran’s religious minorities.

According to Open Doors USA, 800,000 Christians live in Iran, though the regime consistently underreports this number. Christians are marginalized and oppressed in Iran, and Open Door ranks Iran as the 10th worst country in the world to be a Christian.

In another example of the shocking human rights abuses perpetrated by the Iranian regime on its people, the MEK network inside Iran reported that Alireza Tavakoli, a Telegram activist who has been held in Iran’s Evin Prison for over two years, was transferred this week from Ward 8 to Ward 209, a section of the notorious prison that is operated by the MOIS and does not fall under the jurisdiction of the prison.

According to a source close to Tavakoli, “Alireza Tavakoli was transferred from Ward 8 to Ward 209, and the Ministry of Intelligence is likely to open a new prosecution against him.”
Alireza Tavakoli, Mohammad Mohajer and Mohammad Mehdi Zaman Saleh were arrested by regime in 2016 on charges of blasphemy and sentenced to 12-year prison sentences. They appealed, and their sentences were reduced to five years each.

In July, Tavakoli wrote an open letter to Seyed Mahmoud Alavi, a cleric and Intelligence Minister appointed by Hassan Rouhani, saying that his five-year sentence was “outrageous.”

The Telegram app was banned by the regime in May as a means of suppressing dissent by the people. The popular messaging app was used by activists like Tavakoli to share information and news, some of which was critical of the regime. Activists also used Telegram to organize and spread information about protests and demonstrations in Iran. Speech is heavily censored in Iran, and those who dare to speak against the regime are frequently imprisoned.

These cases are more examples of the routine human rights violations perpetrated by the Iranian regime. Freedom of speech and religion is non-existent, and those who defy the clerical dictatorship face heavy prison sentences. This is one of the many reasons that the people of Iran are demanding regime change.