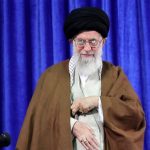 Khamenei Attempts to Boost Morale in Speech to Basijis 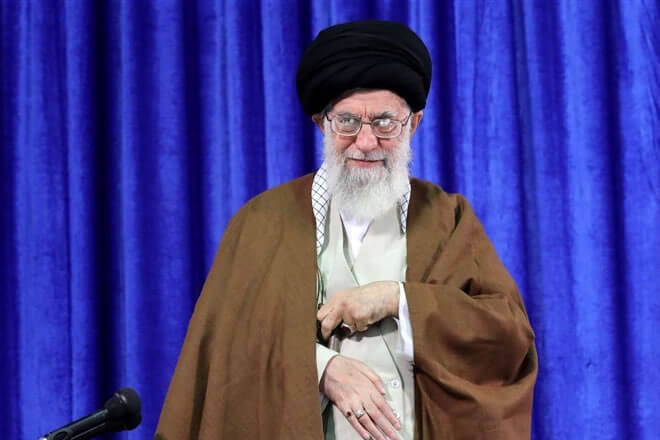 On Thursday, regime Supreme Leader Ali Khamenei spoke to a gathering of Basij (Regime’s main repressive force in dealing with protests in Iran) from across Iran. The speech was intended to boost morale among the Basijis and bolster their confidence in the faltering regime as the deadline for the second round of U.S. sanctions grows near.

Khamenei addressed those within the regime’s ranks who believe that the U.S. sanctions are so detrimental to Iran that the regime has no choice but to reconcile with the United States. “I explicitly declare that they are betraying,” Khamenei said. “This is the biggest betrayal and as long as I am alive, I will not let this happen in the country.”

Khamenei called on the Basijis to fail the sanctions and to slam the United States.

The Supreme Leader went on to discuss the various crises that are currently threatening the stability of the regime and the well-being of its people. He acknowledged the economic catastrophe facing Iran, describing it as a “shortage of livelihoods for a large part of the population.”

Khamenei then characterized the widely loathed Basij Force as “a true image of the country” and “inspirational” to others, adding that the Basij and the Revolutionary Guards should fire freely whenever it was necessary.

#Khamenei's Speech in the Gathering of Basijis
The Complete Reflection of the Desperation of the Mullahs Regime and the Deadly Impasse in the Face of the Popular Uprising and Foreign Criseshttps://t.co/eeKSJYqyA4 #Iran pic.twitter.com/eE5LwnZGXa

The Supreme Leader made reference to his own fears that the United States would overthrow the regime, saying: “The President of the United States has told some European leaders that you wait two-three months, after two, three months, the Islamic Republic will be thrown off.” He then confirmed that the survival of the Iranian regime depends upon meddling in the region and nuclear weapons testing and that the regime would fight to continue to do both. “These are also elements of our power. So the battlefield is here, the battlefield, the field of confrontation of arrogance with Islamic Iran, is all that is the cause of the Islamic Iran’s power … This is one of the areas of conflict,” Khamenei said.

Although he acknowledged his fears about “fatigue, destitution and disability” of regime officials and the widespread defection of mercenaries, Khamenei confidently told the Basijis, “Our growth is superior to our defections.”

Khamenei addressed the dissenters within his own regime, calling them “easy-hearted, insincere and hypocrite intellectuals,” and “disheartened, demoralized, cowardly, opportunistic, self-defeating …. hopeless and lazy people,”  who, “if not the agent of the enemy, are not nevertheless men of the field to the country’s progress” and produce “corruption and disagreement.”

Khamenei referred to the free press, the Internet, and social media as the enemy and the equivalent of chemical weapons. He discussed the media’s continuous revelations of the regime’s corruption and crime, saying: “With the very dangerous means of the media … by trying to portray a fake image, they try to distract the thoughts of the Iranian people.” The regime banned the social messaging app Telegram earlier this year in an attempt to prevent it from being used by MEK activists to spread the news about the regime and information about upcoming protests and demonstrations. The ban was ineffective.