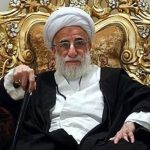 Iran: Cleric Claims Iranian People “Would Give Their Lives But Not Their Religion” 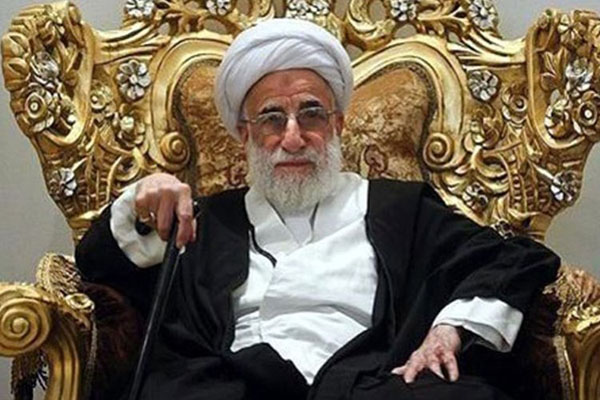 Hardline cleric Ahmad Jannati recently stated that the Iranian people “could tolerate hunger and thirst, but could not tolerate the failure of the revolution.”

In a speech commemorating the regime’s forty years of oppression of the Iranian people, a hardline cleric of the mullahs’ regime stated that the Iranian people “could tolerate hunger and thirst, but could not tolerate the failure of the revolution.”

The remarks came from Ahmad Jannati, the Chairman of the Guardian Council, a powerful body with a great deal of influence on Iran’s governance, in a speech at Ruhollah Khomeini’s mausoleum.

“The people are willing to give their lives but not their religion,” added the powerful cleric, ignoring the fact that Iranians from all walks of life have spent the past year protesting in the streets for regime change.

Chants:
"Victory is near, down with this deceptive government"#IranProtests pic.twitter.com/f6cM6rjvmI

Chants:
"Down with oppressors, hail to workers" pic.twitter.com/AMFTUZim0n

The Survival of the Regime

Jannati claimed in his speech that the clerical regime had survived for forty years because “Iranians had resisted the enemy.” The Iranian regime characterizes anyone who threatens its claim to power as the enemy, from the MEK and the Iranian Opposition to the United States.

In truth, the mullahs’ regime has remained in power since the Islamic Revolution in 1979 solely because of its extensive use of suppression and brutality against anyone who opposes its rule. Those who have dared to speak against the regime have been systemically silenced, imprisoned, tortured, and executed during the forty years of the mullahs’ rule.

In his speech, Jannati acknowledged that Iran’s economic crisis is causing Iranian families to suffer. He urged people to remain hopeful in spite of the problems facing the country.

“America is in decline and we should not be afraid and lose hope in ourselves. Our problems have solutions and we have to believe that we can,” he said, without offering any evidence to support his claims.

Some experts say that 80% of Iranians now live below the poverty line. Many of these people cannot even afford to buy food for their families. Some have been forced to sell their organs in order to pay for their families’ basic needs.

Teachers Continue to Strike in #Iran
Anti-regime protests have become routine in Iran this past year, but it is the strikes and demonstrations of Iranian teachers that is especially notable, given their commitment to improving the lives…https://t.co/6IJ4Mv1eHx #IranProtests pic.twitter.com/u0DHQzrY0v

Jannati went on to echo the regime’s talking points about the evils of the “free Internet,” going so far as to claim that it led to an increase in divorce rates. He also argued that the regime should “take over the Internet.”

“Who is responsible for modifying the internet other than the government and the state?” he asked. “Why should this environment be so open and free so as to pervert our young people and increase divorce? Prostitution is taught in this environment. This space has to be used for the benefit of the people and the revolution.”

Jannati’s remarks are not uncommon among regime officials, who frequently speak about the Iranian people’s great love of the regime. The Iranian people are not fooled by this propaganda.  In the streets of Iran, people chant, “Death to [regime Supreme Leader] Khamenei!” and “Death to [regime President] Rouhani!” On social media, Iranians defy censorship by using the hashtag #IranRegimeChange. MEK members inside Iran put up posters and signs celebrating the Resistance and MEK leaders.

These brave people put their lives and freedom at risk to show that they are unhappy with the ruling regime and the lies told by its leaders.