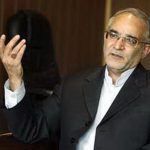 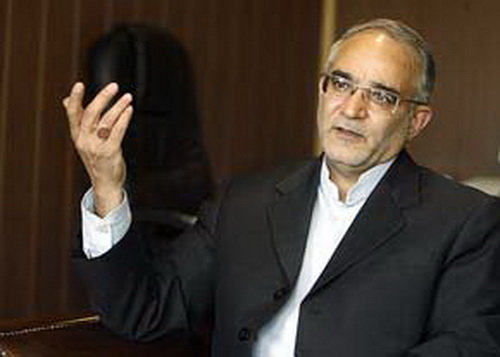 Monday, May 27th, the National Council of Resistance of Iran (NCRI) released a statement regarding the selection of former Death Committee member Abdolreza Mesri as Deputy Speaker of the Iranian regime’s Majlis (parliament). Masri officially assumed the duties of Deputy Speaker on Sunday.

Mesri’s Role in the Executions of Political Prisoners

Mesri served as the head interrogator and torturer in Kermanshah Province from 1981 to 1986 under the leadership of Mullah Ali Fallahian, who was known for his persecution of political prisoners.

In the summer of 1988, then-Supreme Leader and founder of the Islamic Republic Ruhollah Khomeini issued a fatwa ordering the executions of all imprisoned MEK members in Iran. In order to swiftly condemn and execute the tens of thousands of political prisoners in Iranian prisons, Khomeini set up three-member Death Committees in provinces across the country to convict prisoners in “trials” lasting only a few minutes. Once condemned, the prisoners, who included elderly people, teenagers as young as 15, and pregnant women, were executed in groups. Each Death Committee consisted of a prosecutor, a Ministry of Intelligence and Security (MOIS) interrogator, and a judge. Mesri was a prosecutor on Kermanshah’s Death Committee.

#Iran: Abdolreza Mesri, Member Of "Death Committee" of Kermanshah, Becomes Deputy Speaker of Religious Fascism Parliament
The leaders of the mullahs regime are a bunch of revolutionary guards, torturers and thieveshttps://t.co/cJdahEBg7c pic.twitter.com/NT22qBpy9g

30,000 people, most of whom were MEK members, were executed over the course of a single summer in the 1988 Massacre. To date, none of the perpetrators of this crime against humanity have been accountable for their actions.

Thorough new @Amnesty report on the mass murder of Iranian detainees between July & Sept 1988. The victims thought they were in court for a pardon, realising they were to be hanged only minutes before death. They are buried in unmarked mass graves. https://t.co/XtT14kNa1v

Mesri has since served as Deputy Prosecutor of Kurdistan Province and as a prosecutor in Kermanshah Province. He played an active role in the torture and execution of political prisoners in both positions.

It is common for regime officials with records of gross human rights violations to go on to attain high-ranking positions with the regime. In fact, Mesri is the second Death Committee member in only a few months to receive such a promotion. In March, regime Supreme Leader appointed Ebrahim Raisi as the new Judiciary Chief. Raisi sat on Tehran’s Death Committee, where he personally sent thousands of MEK members to their deaths. Since his appointment, human rights violations have skyrocketed.

The families of 30,000 political prisoners who perished in Iran's #1988Massacre urge @JavaidRehman to speak out against Ebrahim Raisi's appointment as Judiciary Chief. He must be prosecuted for his role in the the Death Commission. The impunity must end. @UNHumanRights @mbachelet pic.twitter.com/v4U12qGHyq

Raisi and Mesri are only the latest perpetrators of the 1988 Massacre to ascend to the highest levels of the regime. For the thousands of survivors and family members of the victims of the massacre who are still waiting for justice for their loved ones, this comes as a slap in the face. These men should not walk free, much less hold power.