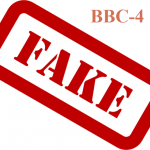 Written by Esmail Mohades on November 9, 2019. Posted in NEWS 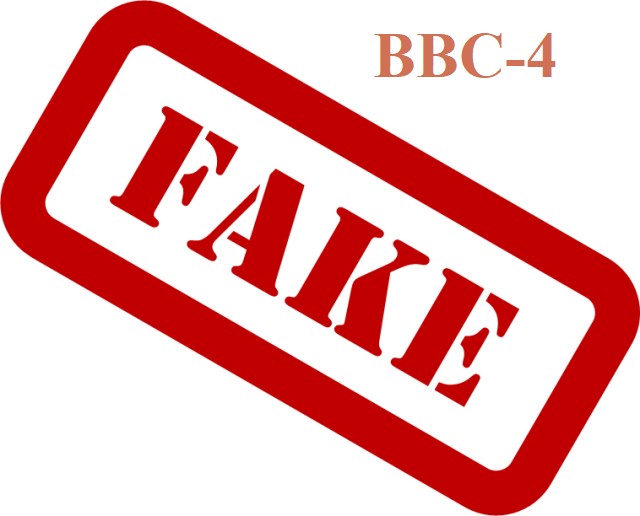 BBC-4 fake news against the MEK

The BBC Radio 4 and the World Service broadcasted a bias and unsubstantiated report about the Iranian resistance and the Mujahedin-e Khalq (PMOI-MEK).

“The mudslinging by the current functionaries of the mullahs’ Ministry of Intelligence and Security (MOIS), disguising themselves as PMOI’s “former members,” have repeatedly been exposed by irrefutable documents and evidence, and condemned, as was the case in a German court’s ruling against Der Spiegel for regurgitating similar smears. The repetitive scheme by the MOIS to tarnish the image of the PMOI in Albania is intended to set the stage for more terrorist acts against the Iranian Resistance,” The National Council of Resistance of Iran (NCRI), Security and Counter-terrorism Committee’s (NCRICT) statement reads.

The main purpose of the demonization campaign of the Iranian regime against its main opposition is to pursue terrorist plots against them. “On October 23, 2019, the Albanian Police exposed the details of the clerical regime’s terrorist plots against the PMOI members in Albania through the services of “former members.” In her report, however, the BBC journalist makes no reference to this development, the most important news in Albania regarding the PMOI in recent weeks and months, because she attempts to balance her story with comments from the Iranian regime’s operatives. Last year, Albania expelled the Iranian regime’s ambassador and the MOIS station chief in Tirana for espionage and terrorist activities.” NCRICT statement reads.

The report also portrays if the Iranian resistance and MEK members are kept in a remote area in an autocracy country and no outsider has any access to them, while they are in Europe and hundreds of international dignitaries visit their home, and the same reporter was there for over 5 hours and was offered to stay there as long as she wanted, privately talk to anyone and visit anywhere she so desired.

“Last summer, some 350 dignitaries from 47 countries spent five days at Ashraf-3, the home of PMOI members in Albania, and saw everything up close and personal. Thus, the absurdities rehashed by the BBC, such as brainwashing, lack of access to the Internet, the denial of freedom of choice to PMOI members, and the defection of 300 or 400 members from the organization in Albania are utterly false and designed to mollify the criminal mullahs ruling Iran,”

“In her report, the BBC’s Linda Pressly says that the PMOI refused to be interviewed for her program. She has deliberately chosen not to report that she and another BBC colleague were the guests of the PMOI at their home, Ashraf-3, for five-and-a-half hours. During the meeting, the PMOI representatives told her that she could stay at Ashraf-3 as long as she wanted, privately talk to anyone and visit anywhere she so desired. The PMOI representatives also told her not to expect the PMOI to be part of a program that was wittingly or unwittingly based on an MOIS script. They also told her that they should not be expected to be part of a program that also included individuals whose objective and mission is collecting intelligence and assisting the Iranian regime to conduct terrorist operations against the PMOI. No one would have criticized German, British, French, and American freedom fighters and patriots for refusing to appear alongside Nazi collaborators.” NCRICT statement reads.

It is shameful that BBC by its fake news is helping the Iranian regime to turn a security threat into political dissidents, and demonize them in a well-known method of the Iranian regime. No wonder why Iranian people call BBC as Ayatollah BBC, but the question is why they are doing this now, and why the regime needs this propaganda and fake news at this moment.

“The continuing uprisings in Iraq and Lebanon have undermined the strategic depth and one of the strategic pillars of the ruling theocracy ruling Iran. Intensifying international sanctions, in particular against the regime’s supreme leader and his inner circle, coupled with the rise in the Iranian people’s protests and the Resistance Units’ activities not only highlight the reality that time is rapidly running out on the religious fascism ruling Iran, but also pose an unprecedented challenge to its survival.

Under such circumstances, the mullahs have stepped up their terrorist activities and stepped up their campaign of demonization against the Iranian Resistance and the People’s Mojahedin Organization of Iran (PMOI/MEK) in order to make it appears as though that there is no alternative to their regime and that the West is better served by continuing the policy of appeasement. The religious dictatorship’s desperation cloaked under the disgraced banner of “former PMOI members,” this time through Radio BBC 4 and the World Service, represents one such effort. “